Has the EU failed during COVID-19?

In yesterday’s post, I lambasted US President Donald Trump for his attacks on the World Health Organisation (WHO) during the COVID-19 pandemic.

Global governance plays a considerably important role in the modern world. And during a pandemic having a coordinated international response is utterly crucial. For this reason, defending these global governance institutions is vital.

At this time, global governance bodies have an important responsibility. Therefore it is crucial that they step up to the plate. Sadly the European Union (EU), Europes Regional governance body appears to be failing in this task.

Two days ago the president of the European Research Council Mauro Ferrari resigned from his post claiming he had “lost faith in the system” due to the EU implementing an “uncoordinated cluster of initiatives” in response COVID-19. EU officials have hit back at this saying Mauro’s claim saying he was conducting a public relations exercise in attacking the EU’s response and called into question his own contribution. 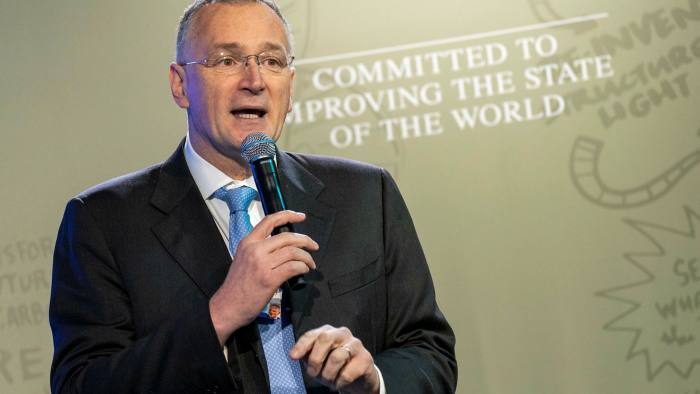 Mauro Ferrari resigns from his EU post and has spoken out against the organisation’s response to COVID-19.

There has also been criticism that the EU hasn’t done enough to cushion the economic blow from the pandemic. The feeling in some quarters is that EU member states are being largely left to fend for themselves with inadequate coordination or planning for how Europe will recover from this crisis. This said such criticisms could be seen as premature at this stage when we still don’t know how deep the economic crisis will be.

Most government structures the world over are struggling during this time. And it would be easy to throw stones at an institution like the EU that has many detractors. Britain has spent the last 4 years trying to leave the EU, which my blog has discussed earlier. Those who supported Brexit would of-course point to the EU failings during this time. Conversely, EU supporters would point to failures of nation-states like Britain to react quickly enough to the crisis and argue that a Europe wide approach which included the UK would be more effective.

It is easy enough to throw stones during this time. What is much harder, is trying to stop the spread of a deadly virus that we still know little about. The time to really assess our response as a society to this pandemic will be after it has passed.

For global governance structures, this is an important moment. This is the chance for them to demonstrate their worth and coordinate the response. In many ways how these structures respond becomes more important than the response of nation-states. This also is where the deficiencies and shortcomings of such organisations become very apparent. The noise coming from the EU in the last 48 hours is far from reassuring.

The EU structure is a finely balanced attempt to be a United States of Europe type structure, which at the same time also gives considerable autonomy to its 27 members. In reality, this tends to mean that stronger states like Germany dominate, and smaller states do as they are told. This leads to resentment and political backlash. The result of this is there is often a reluctance to step on member state toes by EU.

During a pandemic, having 27 nations with varying degrees of adherence to scientific and medical advice on how to act is not appropriate. Ideally, the EU would have stepped up back in January and coordinated the response to COVID-19 across Europe. This couldn’t happen effectively with the current EU structure.

Things will be very different after COVID-19. For the EU, this could be a real turning point. This could be a time when member states decide to overhaul EU structures and give the organisation more power and direction. Or, it could be the start of a painful demise. Decisions in the coming days and weeks could well decide the EU’s fate.