It explores the role of NZ in Afghanistan, particularly through following the investigations of jounrlait Jon Stephenson.  The camera goes with him around the streets and in the living areas in Afghanistan. It looks beyond the US-supporting government PR.  Afghanis tell of exactly how useful they see the role of the Kiwi forces there.

The documentary is as much about investigative journalism as it is about Kiwis in Afghanistan.  Mike McRoberts talks in a low key, down-to-earth way about Jon Stephenson’s work and about travelling with the NZ services in Afghanistan.  Nicky Hager and other Kiwis provide commentary in between the footage shot in Afghanistan: footage that tends to have the raw immediacy of foreign correspondents, following the story in the field.

Sally Woodfield provides a review and some background to the documentary in this Scoop article. 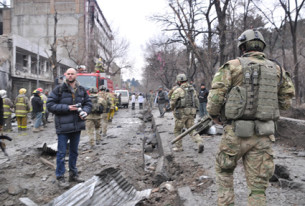 Scoop article caption: “The SAS on patrol somewhere in Afghanistan during the making of the documentary He Toki Huna. Image: Lionel de Coninck”

Commissioned by Māori Television and directed and produced by award-winning filmmakers Annie Goldson (Brother Number One, An Island Calling) and Kay Ellmers (Canvassing the Treaty, Polynesian Panthers) through Occasional Productions, the documentary gives an overview of the engagement, and backgrounds some of Afghanistan’s turbulent history to provide context to the post 9/11 invasion.

Dr Goldson said the documentary sheds light on our recent past and holds valuable lessons for the future.

“By joining in the war post-911, have we been ‘good global citizens’ fighting the good fight against international terrorism? Or did New Zealand enter into an alliance that has meant our soldiers have been actively and militarily involved in a complex conflict that most of us know little about and have not agreed to participate in?” …

Māori Television general manager of programming Haunui Royal said He Toki Huna: New Zealand in Afghanistan is an important documentary that all New Zealanders should see.

Powerful reminder
“We hope that it will generate meaningful discussion and encourage Kiwis to talk about the reasons behind New Zealand’s decision to send troops to Afghanistan.

“Many of those who died while serving in Afghanistan were Māori so the documentary will also serve as a powerful reminder of the huge sacrifices our soldiers and their whanau have made over the past 10 years.”

Well worth a watch.  I will view it more than once, as an example of, by and about excellent Kiwi journalism.