This morning’s NZ Herald was interesting. I picked it up while waiting for the bus, rather than reading it on the iPhone in the mobile edition as I usually do. It has fewer ads.

I realized yet again that the NZ Herald editorial staff do not live in the same city as I do.

Yesterdays hikoi was on page three in a couple of short articles. On page one there was a story about:-

In the meantime a (very conservative estimate) of 7000 people gave up work and school to go out in a cold and rainy winters day to protest about aspects of the super-city protest. I had too much to do on the current project, so I went to work. I suspect that the protest would have been a lot bigger if it’d been on a weekend because not everyone could take time off. As it was it, filled the whole of Queen Street, which is why the police estimates are very conservative.

However the NZ Herald editors thought that a major protest about the governance of our city was less important than the stories about places other than Auckland. I find this surprising. 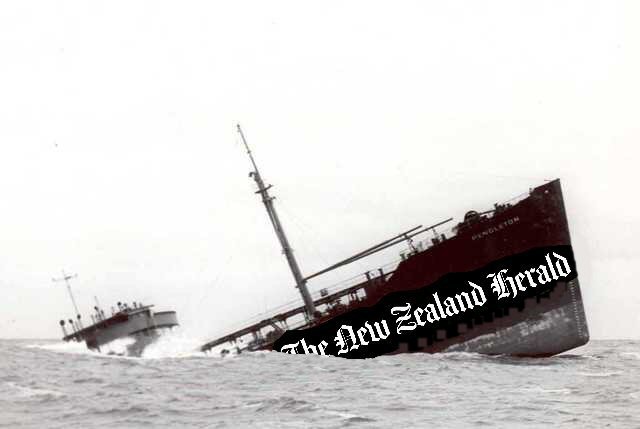 Most of the sales of the NZ Herald are in Auckland. Most Aucklanders would be more concerned about the probable rates increases next year to fund this amalgamation than any of the page one or two stories today. The current estimates for initial amalgamation costs are looking like being at least $550 to some uncosted  higher figure per person.

The ongoing costs don’t look like they will diminish for quite some time. Any fiscal advantages from the amalgamation will be a at least a decade away.In the meantime it will generate increases in rates.

At present there appears to be a rush by some elements in the government to use this as a way of generating opposition to itself. Even the rather conservative Bill Ralston is pointing this out.

You’ve got to hand it to this government. In the space of a fortnight they managed to take the disorganised, disillusioned, disparate beaten rabble that were the opponents of the Super City proposal and turn them into a cohesive, unified powerful protest bloc.

The NZ Herald editors obviously don’t live in the same city that Bill or I do. They put the story on page 3. Why bother supporting a newspaper that seems to make editorial decisions about placement that ignore social changes in their own market.

The sooner the NZ Herald goes the way of the dinosaur, the happier I’ll be. There hasn’t been a decent local news source in Auckland since The Auckland Star died. Probably explains why no-one wants The NZ Herald. I’ve really got to stop buying the pathetic paper alternative and concentrate on picking up the news more widely on the net. Personally I’d suggest that some of the remaining journo’s at the NZ Herald should start looking at honing their on-line skills.

BTW: The only really interesting thing about the NZ Herald at present is their video. The footage is great. But their site could do with some work as I found out while trying to view a second video without stopping the first. Also the on-line edition of the Herald generally shows less signs of editorial interference in story placement.