He’s not the messiah … 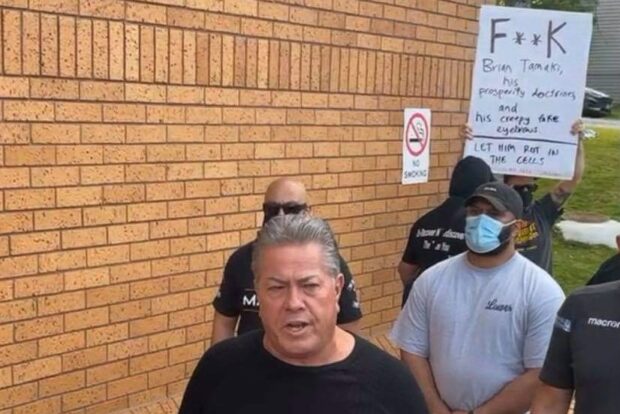 This case almost makes you think there is virtue in the three strikes law.

Because Brian Tamaki has been remanded in custody after repeatedly breaching his bail by attending anti Covid measures protests.  From the Herald:

Brian Tamaki’s bail application has been refused after being arrested at home [yesterday] morning.

Tamaki will be remanded in custody to Mt Eden Prison until January 27. He did not make any response as the judge handed down his decision.

Judge Evangelos Thomas said the only information which can be reported from [yesterday]’s bail hearing is the outcome.

Predictably Tamaki is claiming to be a political martyr:

“It is a sad day for the freedom of all New Zealanders when people cannot gather and be heard in opposition to government policy when they believe it to be wrong and contrary to the good of the people,” he said in the statement.

Tamaki said democracy has “taken another hit” and the New Zealand Bill of Rights Act has “lost any impact that those who drafted it dreamt it might have”.

It is tiring that people who have absolutely no idea of the law or of epidemiology should be so loud and strident in their claims concerning these subjects.  Curtailing mass gatherings in the middle of a pandemic is perfectly consistent with Section 5 of the Bill of Rights.  And rather than thinking of Tamaki as a martyr the only description that appears to me to be appropriate is that he is (allegedly) a very naughty boy.