Hide on his way to Privileges Committee?

Has Rodney Hide breached privilege by seriously misleading the House? This is one for you legal types out there but from a layperson’s perspective it looks like it. Here’s what happened (the full transcripts are below):

On Wednesday, Phil Twyford (or Twif-ford as Hide insists on calling him) asked Hide whether “he has costed the super-city proposal outlined in [the government’s report]?”. Hide replied simply “Yes”.

On Thursday, Twyford asked Hide “How much will the government’s super-city proposal cost to implement and to run annually?” Hide’s answer: “Implementation costs will be minuscule compared with the present costs of running the various Auckland councils”

Twyford followed up: “What is the cost of the Government’s super-city proposal to implement and run annually?” Hide tried to avoid answering and eventually gave the minuscule answer again. Speaker Lockwood Smith told him that wasn’t good enough and asked him to give the cost if he had it (Trevor Mallard pointed out Hide had already said he did have it). Hide ummed and ahhed some more, Gerry Brownlee tried to cover for him but Smith insisted on an answer. This was it – Hide: “The government actually does not have the cost of implementation”

But wait a minute, just a day earlier he had said the government did have the cost and the ‘miniscule’ comments imply he knows the cost, wasn’t that seriously misleading the House? 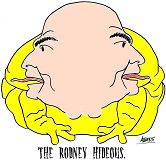 Hide says he was technically not lying. He says that yesterday he was saying the government knew how much the proposal for the supercity cost to develop, not the cost of the proposed supercity itself.

Anyway, surely it’s not whether he could technically say he wasn’t lying. The test for misleading the House must be whether he set out to mislead the House and did, in fact, mislead. Hide has clearly done that because by any reasonable reading of his answer to yesterday’s question was that he was saying the government knew the cost of creating the supercity.

Hide did nothing to let the House know he was talking about the cost of developing the supercity proposal, not the cost of the proposed supercity until he was forced to admit there is no costing for the supercity. His playing for time suggests he knew he was in trouble. He didn’t want to answer the question because it would expose the lie.

So, is this a breach of privilege? Looks like it to me.

Audio from today here @ 55min. Full transcripts over the fold:

44 comments on “Hide on his way to Privileges Committee? ”