From NYT blog The Lede:

As news spread across the world of Iran’s provocative missile tests, so did an image of four missiles heading skyward in unison. Unfortunately, it appeared to contain one too many missiles, a point that had not emerged before the photo was used on the front pages of The Los Angeles Times, The Financial Times, The Chicago Tribune and several other newspapers as well as on BBC News, MSNBC, Yahoo! News, NYTimes.com and many other major news Web sites. 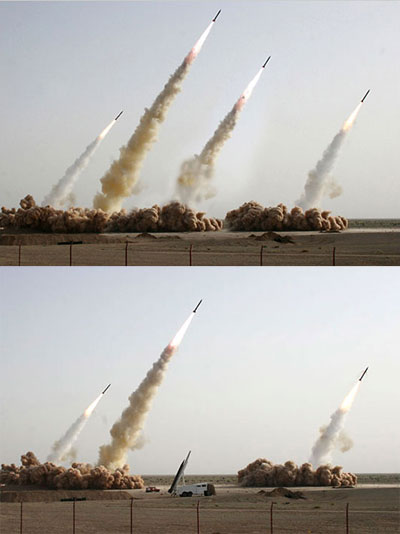 The image below might be the unaltered version, though apparently it’s from the same source as the top one.