Is This The New State We Want? 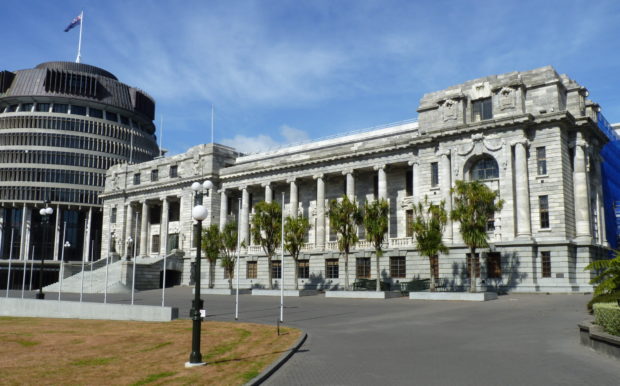 The New Zealand state is gaining power again, but is it what we want?

Some, just a few, may still remember a grey old time when central government was simple and huge. It provided you with electricity and gas, insurance, postal and banking services, local-focused tourist hotels and holidays, all the television and almost all the radio, highly subsidised if simple housing, a solid but uninspiring job, in a great singular circular economy of high taxes and a rosy optimism. It did everything but brush your teeth for you.

A few more will recall most of that being corporatized and sold off by Labour and National in the 1980s and 1990s, into a narrow, poorer, and bitter little country.

Then deeper still in the late 1990s, government forced the corporatisation and sale of local bus fleets, regionally-owned banks, and much more besides. New Zealand went from being a high-tax, high public ownership, low-inequality country to one where the entire public sector owned very little. What it retained in the public register was controlled by corporate boards. Easton and Jesson wrote on this extensively.

This is the kind of state most New Zealanders 50 years and younger will understand now, insofar as they register the state as a thing.

But growing and accelerating in the new millennium, the state generated new public entities to do specific things.

There was Kiwibank, an outgrowth of NZPost.

There was Crown Fibre Holdings, which has now expanded into Crown Infrastructure Partners.

There was the NZSuperFund (and others), now a behemoth of public capital and helping other Crown entities build huge infrastructure, as well as keeping future oldies supplied with Chocolate Wheatens.

There were all the entities formed to rebuild Christchurch, guided by specific legislation that empowered them, and tightly coordinated by central government.

There were entities that evolved to generate innovative spinoff companies, like NZVIF and Callaghan Innovation.

There was Hobsonville Land Company, merged into HLC, then expanded inside Kainga Ora.

Then still more state entities in the form of alliances such as the Supporting Growth Alliance and City Rail Link.

That’s just a small sample of the unexpected expansion of state agencies and state power across our country since the early 2000s, many of them having a decade or two to evolve. Some like the irrigation one had a term or two then died. But they represent billions upon billions of dollars, many thousands of workers, and not a whole bunch of accountability.

Then we get to the 2017 Labour government, and the state really starts taking the steroids by the cupful.

They merge all of New Zealand’s polytechs into one, by legislation.

They are now well on the way to merging all the District Health Boards into one.

The Three Waters policy programme that had rumbled along under DIA for several terms is now preparing to strip management power of all water away from local government and put it in the hands of just a handful of new entities.

And now, under COVID, there’s a huge story to be told about the massive interventions into the economy that the government has made over the last 18 months. Particularly the integration of Health, Police, Customs, Immigration, NZDF, and Education into an integrated state command. There’s not often the call for lots of entities to ‘stand up’ together, outside of Commonwealth Games or Rugby World Cup event.

The formation of the new Crown entities over the last 20 years had no particularly strong common ideology to them: it was often just the state reacting to exigency, and at other times the state realising it didn’t have an existing agency with enough focus or expertise to roll out the policy it needed. You can guarantee serious agency redesign out of this latest crisis.

And no, there’s no secret intergenerational cabal of deep-state warriors who play poker and figure the perpetual expansion and redesign of state governance and instrumentality.

Oftentimes agency reintegration is, borne within crisis, pretty useful for a time. That’s where commercial alliances between corporates and state agencies help. Also, practically, small states dominated by no more than a dozen oligopolies can’t afford to annoy too many corporates at once. New Zealand’s government is still really a weak regulator and a small presence in our country, other than in extreme moments.

But there is a pattern to the recent centralised reaggregation of power all the same: locals lose out, customers lose out, human rights lose out, central government absorbs the remaining agency of local government instead of really hitting specific market dominators hard, and no timetable in which any of the powers that the citizen has lost will ever be given back. Also, no ideological shape to any of it to make any collective sense let alone collective benefit to them all.

Sure, the state is back and with scale and speed.

But is this what we want?