Joyce stands down as National struggles to find new leader * 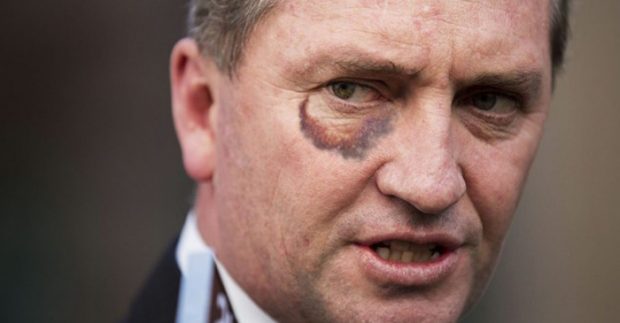 In Australia New Zealander of the year finalist Barnaby Joyce has announced that he will be standing down as leader of the National Party.

The media frenzy was clearly becoming too much for him. News that his family values were not that good hurt, publication of his relationship with a former staffer he tried to ride out, but it was the hypocrisy of his arranging plush jobs for his new partner and failing to identify her as such that was really causing the damage. And then the media started to find instances where taxpayers resources were used for the relationship’s travel needs. But the coup de grace was the recent allegation of separate instances of sexual harassment of other women.

From Katharine Murphy at the Guardian:

Barnaby Joyce was clear on Friday about the tipping point that had finally triggered his resignation as deputy prime minister and leader of the National party after a fortnight under siege.

It was a sexual harassment claim made to the National party by a Western Australian woman, believed to be a prominent person in the state’s regional affairs. “I just thought that has to be the straw that breaks the camel’s back,” Joyce told reporters in Armidale on Friday.

He has denied that claim pointblank, just as he has denied behaving inappropriately at a rural women’s dinner in 2011, where an accuser – who has thus far declined to speak to any journalists on the record – claims that he pinched her on the backside.

Yet Joyce hung on, partly because he’d been backed into a corner and humiliated, and partly because of the lack of an obvious alternative leadership prospect in the National party apart from Darren Chester, who has a public profile but couldn’t be given the job because he was too progressive for the family values crew from Queensland. While Michael McCormack is now considered the man most likely, he’s a someone people outside the Riverina would struggle to recognise.

A long time Nationals staffer just texted this with the message “here’s the field of candidates for next leader”.
An insight into the depth of pain and division the party is now experiencing pic.twitter.com/e9ANwQvlQv

BREAKING: Barnaby Joyce has resigned, saying he wants to spend more time with his families pic.twitter.com/sxR0BVdcRB

And Turnbull’s hold on power has become that more tenuous. Labor is already comfortably ahead of the Liberals in the polls. This sort of controversy tends to sap public confidence in a Government and could spell the end.  Particularly as Joyce and former Liberal leader Tony Abbott will be sitting on the back benches reminding the public what a hypocritical bunch the Australian right wing parties are.