When we last looked at John Key’s trust, a swathe of senior journos had agreed it is not, as promised, blind:

Audrey Young: “a blind trust that appears to come with a braille translation.” (I like that one)

Patrick Gower: “It only takes a trip on the Tube for others to get to Key’s hidden assets. Yes, it was the London Underground that helped unlock Key’s blind trust’s holding in the Highwater commercial vineyard”

Colin Espiner: “There’s no way Key wouldn’t have a fair idea what was in there… he said he didn’t know he had shares in Highwater when he really did”

Matthew Hooton: “it’s a bit silly for him to say he has no idea what’s in there . and giving away wine from a particular vineyard that he knew he owned once and thinks he probably does now was unwise”

No-one is coming out and saying they believe Key’s trust is blind.

So, where does that leave us? It means Key has had a conflict of interest every time he has made decisions that the potential to have a material impact on the shares that are in the trust – namely, a third of Earl of Auckland, 10% of Highwater vineyard, and 8% of the Dairy Investment Fund.

Who else owns Kaimai Cheese along with Key’s Dairy Investment Fund? One Wyatt Creech, the former Deputy Leader of National that the government appointed to write an ‘independent’ review of the management of water in Canterbury. That report served as casus belli for the government to then abolish the democratically-elected Ecan council and appoint commissioners tasked with opening Canterbury up for even more dairying. 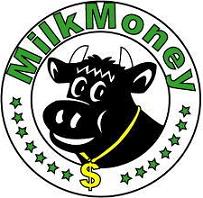 Did Key declare his conflict of interest when the Cabinet was making these decisions regarding a man he is in business with and the future of the industry they are jointly invested in? I hope so. No-one’s alleging active corruption but it is the responsibility of our elected officials not to place themselves in positions where their private interests clash with their public decision-making.

Now, evidence has emerged that Creech is far from independent from the National government:

Brendon Burns: Was the Prime Minister briefed on the 20 December 2008 Water Infrastructure Forum in Christchurch promoting irrigation for Canterbury, attended by three of his senior Ministers, and was he aware that one Wyatt Creech was also briefed about that forum via David Carter’s political adviser within 2 days of it being held?

Hon JOHN KEY: I have no recollection of whether I was briefed on that forum.

Brendon Burns: I seek the leave of the House to table an Official Information Act document, which shows Wyatt Creech wanting a ‘comprehensive picture’ of Canterbury irrigation and Resource Management Act issues from David Carter’s office

So, Key is in business with Creech and knows it, and Creech was getting briefings from National on its water policy long before it appointed him as its independent reviewer of Ecan. This doesn’t look like the above-board and transparent government we expect. National has questions to answer.

45 comments on “Key, Creech, and the Dairy Investment Fund ”