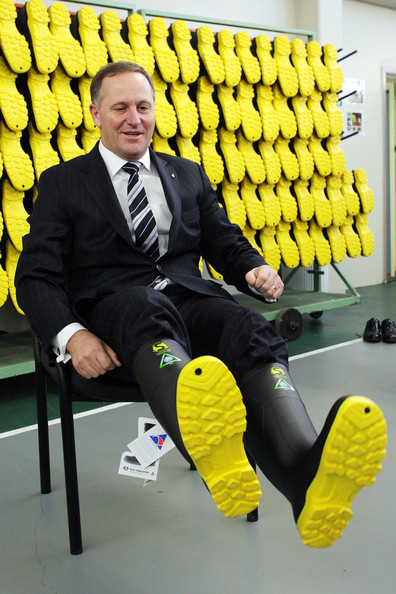 Another day and more bad news for the dairy industry.  International prices for milk have fallen a further 2.9% to US$2190 per metric tonne.  National’s policy of increasing dairy production through increased irrigation and dairy conversion is looking pretty sick now.  The world is awash with cheap milk and New Zealand’s dairy industry is under major pressure.

Clearly this is a failure of National’s economic policy.  It shows how bereft they are of ideas in that increasing milk supply was the one significant policy they had.  It was bad enough that our rivers and streams were being destroyed and our greenhouse gas production was skyrocketing.  But the increased production is adding to the glut that threatens the viability of many farms.

So how does National handle this crisis?  It has gone into full attack mode on Andrew Little with the word “ignorant” being used repeatedly.  I bet you that pretty well every quote that Key has given in the past day about the crisis has used this word.

What has Little done to deserve this?  He has pointed out the extent of the crisis and the long term implications.  Many farms are insolvent.  If the banks trigger a sell off then it is likely that farm prices will plummet.  Overseas interests with access to cheap credit will be licking their lips.  The US$21 trillion in bank accounts in China is looking for any sort of return.  Cheap credit puts them at a distinct advantage to local purchasers.  That lower interest rate makes the business model for an overseas purchaser more viable than a local equivalent.

The country is facing a potential crisis.  Even Key concedes that one in ten farms could fail.  Andrew Little realises this.  This article from Stuff sets out his thoughts on the matter:

Labour leader Andrew Little has stepped up his attacks on the big banks, threatening to force them to cut interest rates if they don’t pass on cuts by the Reserve Bank.

Little said he would not rule out legislating to force them to pass on reduction, though if he did it would be “with great reluctance and a heavy heart”.

The big banks last week refused to match the full 25 basis point cut by the Reserve Bank, with cuts of 10-20 basis points on mortgages and even no cut by the BNZ.

Little said he would start with “pretty serious talking, you might say ‘stiff-arming'”.

“If they are not responsive to that I guess you’ve got to look at your options.

“When you’re in government you have the power to legislate but I think you’ve got to have a pretty serious talk to the banks about expectations,” Little said.

“If the Government’s expectation is that the banks will pass on – certainly in this case drops in the OCR [Official Cash Rate] – to lenders from banks then the Government should state that and be very firm about it and remind banks it does have powers banks don’t have.”

It is not as if the Australian Banks are going broke.  They hauled out of New Zealand a combined record profit of $4.59 billion last year.  That is $1,000 for every man woman and child in the country.

So is it such a bad thing to talk about regulating the banking industry?  Only if you believe unquestionably in a free market.  And if you are prepared to stand aside and let the threats facing the dairy industry become a full blown crisis.

Governments are meant to lead, not stand aside and wring their hands and say there is nothing they can do.  Good on Andrew Little for expressing a willingness to use the levers of power to address a crisis of this Government’s making.