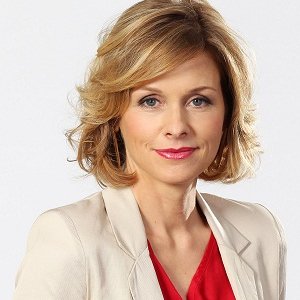 Aotearoa is heading towards banana republic status.  Because every last capable progressive journalist we have is being dealt to.

Last week we experienced the demise of Campbell Live, a doyen of left wing journalists who survived  amongst corporate media because he was damned good.  Apparently his show posed commercial problems to the network.  But funnily enough ever since the threat to Campbell Live was announced the show’s viewing statistics were off the chart and then ever since the show has stopped viewer numbers have essentially halved.  Good luck with the corporate model Mediaworks.

The other progressive oasis in our main stream television was Mihingarangi Forbes on Maori Television.  I regarded her show as a must watch.  Looking through the Standard’s records I see that I have posted twice about her shows, once when she completely and gently destroyed then ACT leader jamie Whyte, and once when she reported on a Maori Party fundraiser that occurred at that most National of institutions, the Northern Club.  Anyone who holds a fundraiser there should never be allowed to be a progressive politician.

Even Shane Jones, he who was a Politician in a left wing party but accepted a cushy appointment from a right wing party, thought that this was a decision unbecoming for Iwi.

Amongst the many stories she reported on, Mihingarangi Forbes ran reports on how the Kōhanga Reo movement had squandered public money.  Her earlier reports were extremely important.  The Herald has suggested that a further program on the issue has been halted by management interference.

The Herald has been told Forbes’ resignation came after the Native Affairs team were told they were not to run a story on Te Kohanga Reo National Trust, planned for Monday.

It was a return to the current affairs show’s most controversial stories for which it had won praise and criticism.

The Native Affairs team’s investigation into management and spending at the Kohangareo trust was considered by Maoridom’s old guard as a disrespectful way to probe an establishment organisation led by matriarch Dame Iritana Tawhiwhirangi.

But there were also those who championed the team for having the courage to raise questions about powerful establishment figures.

Kia kaha Mihingarangi.  For the sake of our democracy I hope there is a media outlet where you and John Campbell and a few others can continue to work your trade.