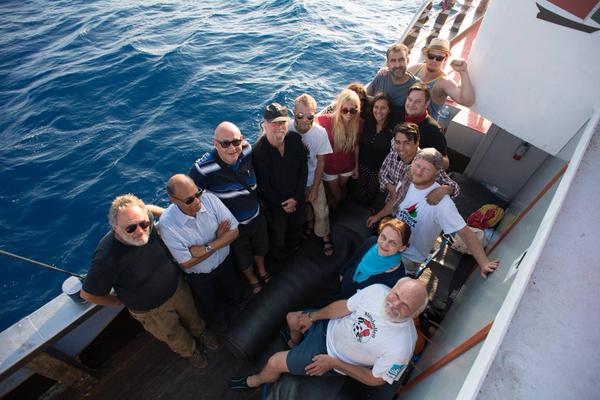 Yesterday we had an early test for Murray McCully’s desire to solve the Middle East crisis.  Two Maori Television journalists, Native Affairs reporter Ruwani Perera and cameraman Jacob Bryant, have been detained by Israeli forces on their way to Gaza.  They were part of the Freedom Flotilla and were on a ship bound for Gaza with the terrorist idea that providing solar panels and medical supplies to Palestinians would somehow undermine Israel’s security.  Of course the reality is that the brutal unprincipled immoral way in which Israel treats Palestine is Israel’s greatest threat, not solar panels.

Those on board include Arab-Israeli lawmaker Basel Ghattas, Tunisia’s former president Moncef Marzouki and at least one European politician.  These people are brave, a similar flotilla five years ago was invaded by Israeli forces and nine people lost their lives.

Treatment of the flotilla is an affront to International Law and in a perfect world there would be a proper repercussion.  Al Jazeera is reporting that the flotilla was intercepted a hundred nautical miles from the Gaza shore in International waters.

There are past examples where such an interception has been justified on the basis that weapons of mass destruction were on board.  But on this particular flotilla the only things on board were emergency supplies intended to help Palestine repair its destroyed infrastructure and to treat its injured.

Those on board will be taken to an Israeli port and then banned from entering Israel for the next ten years.

Israeli leader Benjamin Netanyahu has the Israeli spin worked out well.  From the Herald:

This flotilla is nothing but a demonstration of hypocrisy and lies that is only assisting the Hamas terrorist organisation and ignores all of the horrors in our region,” he said in a statement.

“Preventing entry by sea was done in accordance with international law and even received backing from a committee of the UN secretary general.

“Defence Minister Moshe Yaalon said the flotilla “wasn’t humanitarian and didn’t seek to help anyone,” adding that “the participants were seeking to continue the campaign to delegitimise Israel.

“Israel imposed its blockade on Gaza in 2006 after Hamas captured an Israeli soldier, and tightened it a year later when the Islamist movement consolidated control of the territory.

Israel’s sense of proportionality is strange.  The capture of a single soldier, in its mind, justifies mass murder and destruction of Palestinian areas.

The treatment of Palestine is one of the grossest violations of human rights currently occurring on the planet.  If Murray McCully was being serious when he said that a priority would be to restore peace to the Middle East then the first thing that should be demanded of Israel is to allow humanitarian aid into Gaza so that the Palestinian People can start the rebuild of their area destroyed by the ferocity of continuous Israeli assaults.