Hope y’all are enjoying the long weekend as much as I am. Labour Weekend! Labour Day. Where does Labour Day come from? Why is it a holiday?

Labour Day celebrates the successful struggle for an eight-hour working day. Its a story that goes back to 1840, when London born carpenter Samuel Parnell arrived in NZ, landing at Petone beach. A fellow passenger asked Parnell to build him a shop, and Parnell’s response has entered New Zealand folklore:

I will do my best, but I must make this condition, Mr. Hunter, that on the job the hours shall only be eight for the day … There are twenty-four hours per day given us; eight of these should be for work, eight for sleep, and the remaining eight for recreation and in which for men to do what little things they want for themselves. I am ready to start to-morrow morning at eight o’clock, but it must be on these terms or none at all. 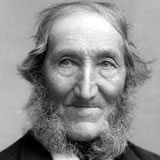 Parnell soon enlisted the support of other workmen, and in October 1840 a meeting of Wellington workers apparently resolved to work eight hours a day (8 a.m. to 5 p.m.), with anyone breaking the rule to be ducked in the harbour. The practice spread and in 1857 painter William Griffin “led an agitation among the building trades”, which achieved the formal adoption of the eight-hour working day. Thus New Zealand was the first country in the world to have an eight-hour day, but only for tradesmen and labourers.

From 1882 onwards there were many efforts, and a union campaign, to legalise the eight-hour day. The first large scale events were on the 28 October 1890, when several thousand trade union members and supporters attended parades in the main centres (Government employees were given the day off to attend). The Liberal government was (plus ca change) reluctant to antagonise the business community, but instead The Labour Day Act of 1899 created a statutory public holiday as a suitable occasion to pay tribute to Parnell and the other pioneers. Labour Day was first celebrated in 1900, and ‘Mondayised’ in 1910, since when it has been held on the fourth Monday in October. Early celebrations of Labour Day were large public events, but they began declining in the 1920s.

Today very few people remember the history of Labour Day — I certainly didn’t until I started reading up for this post! We take it all for granted. Reasonable hours. Meal breaks. Parental leave. Four weeks leave. The legal rights and protections of employment law. But these things didn’t happen by accident. And they didn’t happen out of the goodness of the employers’ hearts. They are rights hard won by workers and unions, past and present.

It’s a difficult time for unions under this National government. Particularly difficult at the moment, when a tiny union has been set up as the public scapegoat in what appears to be brutal political wrangling by the international film industry. The Nats and their repeaters are trying to paint unions as some kind of public enemy. How can we be a public enemy when we are the public? Unions are just people. Unions exist to work for our rights. If you enjoy decent conditions at work, it you’re enjoying your long weekend, and Labour Day, why not thank a unionist!