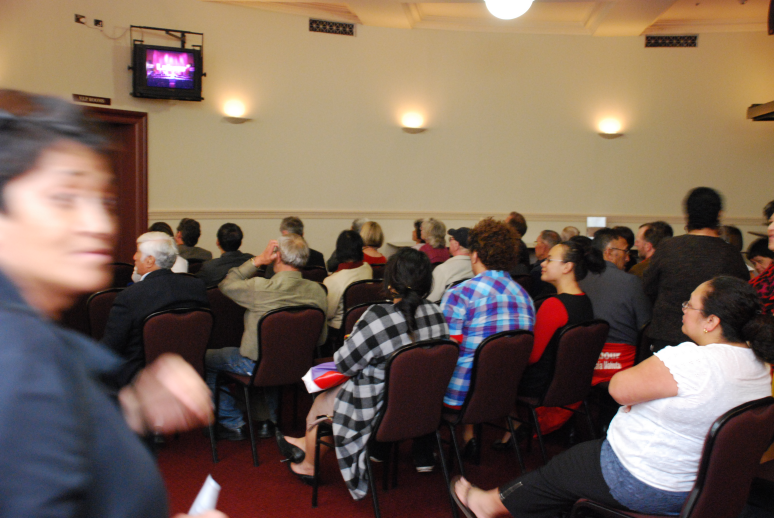 Labour is too damn popular! I’m at the campaign launch and the place is full. There are a couple of hundred of us hanging around in the lounges looking at the televisions – metres away from the hall. The Auckland town hall is overflowing with activists.

I’ve been at a large number of these launches over the decades. This is the first time I haven’t had to cram into a tight seat and do the elbow knocking with your neighbours. It looks to me like all of the ticket holders have turned up.

That is a lot of activists. I’m starting to pity the Nat’s…

update: Easier watching on the net in the next post down… TV’s are too hard to see