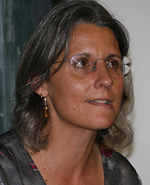 Laila Harre’s Bruce Jesson Memorial Lecture is now available in full over at Scoop. It’s titled Union Relevance in Aotearoa in the 21st Century, and while it’s nothing new to those of us in the movement it provides a good overview of the challenges unions face in rebuilding from the devastation wrought in the 1990s and the need for government to remove the barriers to union membership and collective bargaining that still exist in the ERA:

The fundamental purpose of the Employment Relations Act was to address the power imbalance inherent in the employment relationship through the promotion and encouragement of collective bargaining. This was the primary tool of the Labour-Alliance government for restoring a fairer distribution of the fruits of production between wages and profits.

As well as providing a challenge to the union movement, the minimal capacity of unions in the private sector to extend our reach is also a public policy problem. An unmet demand for union membership under a framework that is intended to promote collective bargaining prolongs the injustices imposed through labour market deregulation in the 1990s.

If the right to organise in unions is a fundamental human right recognised by this Government, then it needs to be given greater practical support. The situation we face is a bit like offering everyone free health care and then closing 80 per cent of the hospitals. Access to collective bargaining should not be treated as an “optional extra” dependent only on the low capacity of a trade union movement gutted of resources in the 1990s.

As CTU president Helen Kelly pointed out in her speech to the Labour Party conference last weekend, allowing workers to properly bargain along industry lines would be a very good start. Aside from the difficulties in raising wages at an enterprise level it’s simply uneconomical to bargain at every individual worksite, and it’s denying thousands of workers the protection and regular wage increases that come from being in a union.

So how about it, Trev?