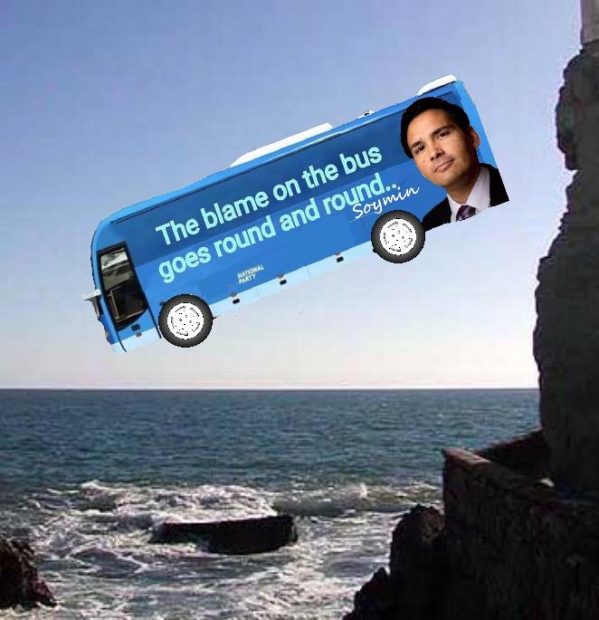 Their support is in free fall according to the latest UMR poll, the details of which have been leaked to Duncan Garner at the AM show.

The AM Show host Duncan Garner says he was given access to the Government’s internal polling data this week, which shows Labour at 46 percent and National at 37 percent.

This is a fall of six percent compared to the last 1NEWS Colmar Brunton poll, released two weeks ago, which showed National on 43 percent and Labour on 45 percent.

Appearing on the show on Friday, National MP Judith Collins says there have been ongoing difficulties for National.

“If you stretch it out it’s obviously been going along for a little while, and we’ve also had leaks going on this year and now strangely enough the leaks have absolutely stopped,” she told Garner.

“I know we’ve gone through some pretty difficult times in the last few weeks or months and I’m sure we’re very focused on doing our job. Which is better than Iain Lees-Galloway.”

No wonder National has been so insipid in the house lately. It is the dejection in all of those list MPs seeing their careers being terminated at the next election if this continues.

I bet for them the end of the year cannot come quickly enough.