Light Rail: The State Is Back

The light rail route and mode decision this week shows something new.

It’s in the nature of the state itself.

New Zealand’s heroic health professionals have been consistently delivering world-beating pandemic responses despite three decades of foolish restructuring, low workforce training, and corrosive funding. The disaggregated state has been camouflaged by COVID. The front line workers and the entire public service delivered us all the magic of time. Time enough for the state itself to reaggregate.

The state at war with itself, the state disaggregated, is what tore the light rail project apart and killed the career of Phil Twyford.

In transport that heroic capacity seen in health has shall we say not been yet apparent.

The light rail decision shows a confidence in an ability to deliver outcomes beyond the legislated “safe, efficient and effective” in several areas:

The first is Kainga Ora. See its scale at work here.

Its’ massive land holdings through Wesley and Sandringham has helped sway the route away from Dominion Road and toward Sandringham Road. Kainga Ora’s massive brownfield developments in Mt Roskill and Mt Albert show what the state can do beyond the boundaries of any one Departments’ funding. These so-called Wider Economic Benefits are usually peripheral to a specific transport investment decision, but not this time.

Ministers Wood and Robertson have made their decision about much more than just transport.

Many of these – Mt Albert, and Mangere – will once light rail is complete have public transport as their dominant transport mode.

The state response to the Christchurch Earthquake through CERA, SCIRT, and specific coordinated areas such as the Christchurch Justice Precinct have provided strong templates for horizontal cross-agency cooperative delivery.

But the modern key precedent to them all this century is Hobsonville, for it is there that NZTA’s predecessor and Housing New Zealand cooperated to bring other relevant agencies such as NZ Police, Ministry of Education, local councils, social housing providers including iwi developers, all into one great master planned multi-decade rollout.  The scale of Hobsonville’s development is something one would only see in coastal China or Texas. 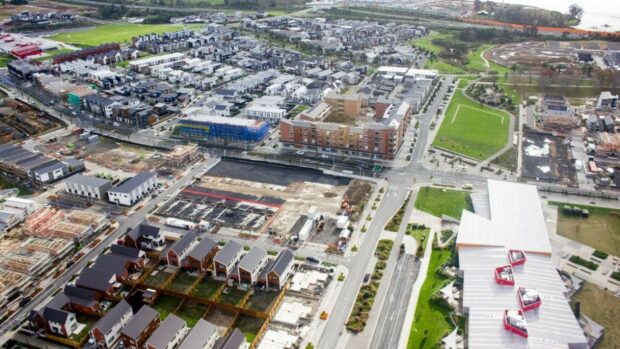 Here our military exercised one form of the state, and from the sale of that land came whole new state-directed suburbs. 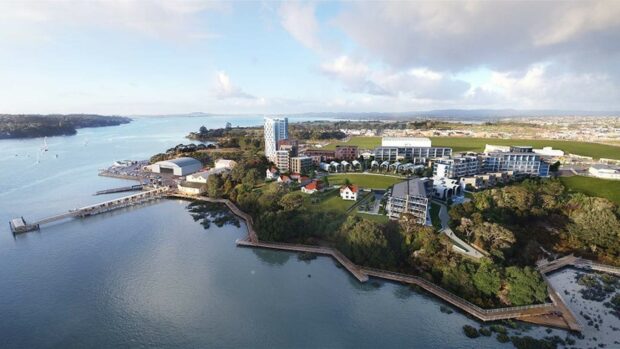 The second is the business community itself. Explicitly, the Ministers chose to tunnel from downtown to deep into the suburbs rather than face the media and political noise that they face in City Rail Link. Billions and billions and billions spent avoiding political risk. That’s quite something.

And between the two – Kainga Ora and the business community – lies real estate capitalism. The illustrations of its apotheosis are bountiful. There has never been a project like  it in New Zealand and I expect at $15 billion (so far) there never will be. You can see some of the years of thinking that has gone into it here.

At the briefing on Friday Minister Robertson said that the “lion’s share” of the project will come from the government and that other options including “value uplift – a charge on business and developments that benefit from the project – and some kind of targeted rate.

Those bold or fortuitous to have bought property anywhere near this alignment are in for a valuation windfall that will make the last six years look tame. Tens of thousands more are being enabled to do so.

What is remarkable is now two decades after Hobsonville was wrested from NZDF to turn into housing, the state has learned to strengthen and cooperate on a scale that controls vast regions of Auckland, both as land and as networks.

Granted this great unlearning of the 1980s structural adjustment has been accelerating since the Christchurch rebuild.

But light rail says it clearest.

The state is back.

30 comments on “Light Rail: The State Is Back ”