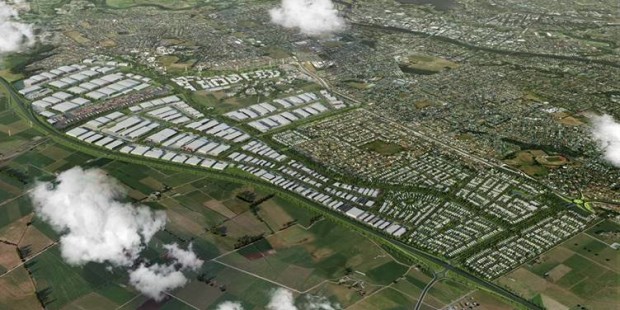 It’s beginning to get on my nerves, this slow shrinkage of the scope and use of democracy in New Zealand. I’m not talking about the direct anti-democratic attacks like Southern District Health Board, or Environment Canterbury. I’m thinking solely about local government as we come into the 2016 elections.

Local government election cycles come and go, but other than in the exception, Councils are not run by politicians. Councils used to be where sweaty men leaned on their shovels smoking, near piles of gravel, as you drove past. The public servants now inside them regulate the cities where 85% of New Zealanders live. These people don’t make profits, they don’t manufacture things, they can’t defend themselves, but they actively alter our capitalist world every day with far reaching effects.

Together with iwi investors, Kiwirail, and NZTA, Hamiltion’s bureaucrats have generated a 20-year plan that will shift the entire commercial, logistics and transport structure of Waikato’s economy. The inland port is 78 hectares all up, with 138 hectares of residential fitting up to 1,800 mixed density homes. It will have a capacity of 1 million TEU, and it starts construction in late 2016. It’s massive.

Together with signals from the Parliamentary Commissioner for the Environment, Dunedin City Council is in the process of rebuilding its entire District Plan. This means putting the entire future of South Dunedin at stake. Sea level rise forecast within our lifetimes threatens much of Dunedin’s reclaimed land. Bureaucrats are being tasked – just as they were in Christchurch – with rebuilding much of Dunedin in the face of such a threat.

Starting major construction of early works today, this is turning into a largest social and economy catalyst for a more sustainable city than hitherto imagined. From 2016 to 2021, the centre of Auckland will undergo a transformation of public and private space that we won’t see again for a century. Public money, public plans, formed and pushed by public servants. Detailed commentary can be found on Transportblog.

4. Finally, on a far smaller scale, there’s Auckland’s Freyberg Place. Trannsport Blog’s covered it, but it’s a simple case of bureaucrats folding to less than five shopkeepers (of the high end variety), versus almost all fo the submissions.

Collectively, these are examples of intentional shifts of our long term society and economy that we have seen for the 85% of New Zealand’s people in cities. No other public or private entity can claim to be attempting that.Through their engagement with Christchurch, central government  bureaucrats are beginning to understand the role of cities in our society and in our economy. They are run by the people fixated on improving our world: Council bureaucrats. Not that I’ve got anything against them.

So if anyone reading this site actually gets elected next year, start exercising your political muscle. Because at the moment the bureaucrats by and large just don’t need you, in order to change huge chunks of our world.