Wow! An incredible 50,000 people have turned out in Auckland this May Day to protest the Government’s plan to open protected land to mining.

This eclipses even the Foreshore and Seabed hikoi and leaves ‘enough is enough’ in the shade. I can’t think of another demonstration in New Zealand history on this scale. If this isn’t the final nail in the coffin of the mining plan, then the Key Government has a serious death wish.

It shows the real depth of anger people are feeling. In many ways, the Nats’ mining plan is just the final insult, the final straw – on top of the Supercity, the do nothing approach to jobs and wages, rising crime, the Canterbury dictatorship, the corruption, the favours for the rich mates, and all the rest.

From the pics we can see a sea of people, flags of dozens of groups and thousands of ordinary Kiwis who have had enough and are drawing a line in the sand. 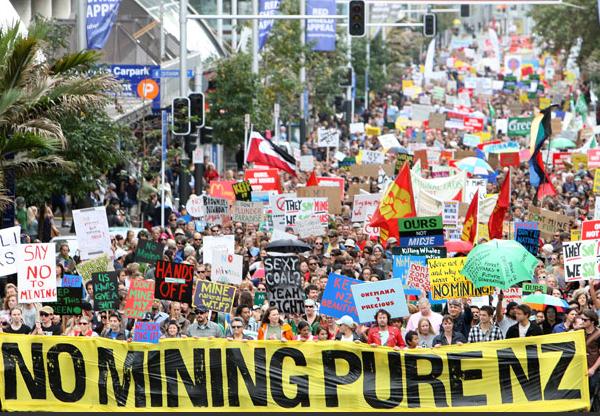 While I’m writing, let’s not forget the very impressive 500-strong protest against the imposition of dictatorship in Canterbury. That was a much bigger showing than I would have expected too. It only seems small today in comparison to Auckland! Getting 500 people out without the organisational capabilities of a union or groups like Greenpeace driving it is hugely impressive. It shows just how pissed the people of Canterbury are.

In the North and the South, this government is rapidly alienating the population. People might have voted for a smiling face and for ‘change’ but we didn’t vote for attacks on democracy and our natural treasures.

I think this pic that Phil Twyford has just put up on his Facebook sums it up beautifully: 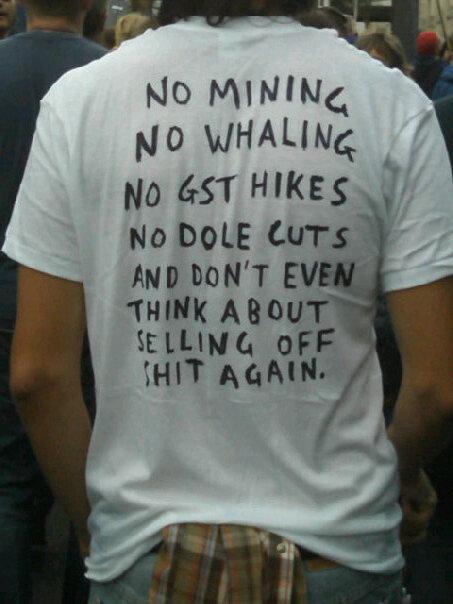