Whether John Key is actually concerned is moot,  but he is certainly in a position to know there is real cause for concern. His own chief science adviser told him.  Yet, despite that advice, his government has been deliberately ignoring the increasing need for mental health services in the region. Now, National Ltd™ is going to further reduce what little funding is available.

The root cause of the under-funding is National Ltd™’s privatisation-by-stealth of the our public health system. In typical neoliberal fashion, National Ltd™ is quietly moving towards a voucher system while simultaneously diverting public funds towards an increasing number of for-profit private providers. Coupled with deliberate cuts to funding, privateer stalking horses such as “Whanau Ora” and “NASCs“, along with a bunch of overtly profiteering outfits, are soaking up so much money that public health is beginning to fall apart at the seams. When it finally does – hey presto – TINA, because the “public system is not as efficient as the private sector, yadda yadda yadda.”  Now, that privatisation agenda is largely fixed. Thanks to the TPPA, any significant changes to National Ltd­™’s ideologically-driven framework for the privatisation of health (and other social) services are open to challenge in secret courts where international corporations sit in judgement.

The effects of such neoliberal ideology are bad enough when applied to general government services. In that case, the effects are mainly economic and result in a gradual transfer of wealth and concomitant rise in inequality. But the psychopathological nature of neoliberalism becomes stark and has more immediate effects when its cult-thinking impacts directly on the provision of social services such as income support, housing, education, and health.

Those suffering from mental health issues are, for a wide variety of reasons, particularly vulnerable to neoliberal reform. Already, the number of New Zealanders committing suicide has reached record levels and the numbers for Christchurch are disproportionately higher than for the rest of the country. The DHB’s mental health figures show child and youth cases are up 67 per cent, and adult psychiatric assessments at Emergency Departments have risen by 102 per cent since 2012. Also, Police are dealing with a higher number of suicide call outs than ever before. 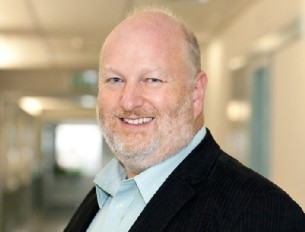 This neoliberal economic slaughter of innocents in Christchurch is being facilitated by a contrived impasse. In essence, the Ministry of Health is acting on instructions from its Minister, Jonathon “Biffo” Coleman,  to deny that there is problem while also squabbling over various definitions. Fronting for Coleman is the ministry’s deliberately ignorant chief medical officer, Don Mackie. According to Mackie, the increase in demand for mental health services has got nothing to do with people dealing with the stress of coping in the aftermath of the earthquakes. Rather, Mackie says, the increase in demand is because access to the services has been made easier. He’s also petulantly dismissed the use of the Health of the National Outcomes Scale, a measure his own ministry promotes!

The situation is ridiculous. So ridiculous, in fact, that senior doctor and Canterbury Hospital’s Medical Staff Association chair, Ruth Spearing, wrote to Coleman explaining that there were negative relationships with ministry officials who were denying reality and, instead, engaging in “dysfunctional interactions … at many levels”. That was back in August last year. And what’s Coleman got to say about it? Nothing. If he can’t dismiss it as an “operational matter”, any other time he is questioned about his portfolio Coleman spouts the compulsory mantra “but, but, but Labour . . . .” and then reels off claims of how much more money National Ltd™ is pouring into health. No mention is made of “unmet need”, or funding in relation to inflation,  or funding per head of population,  or how much of the money is actually going to his privateer mates,  or disappearing into the hole left by the Health Benefits Ltd pyramid scheme, or in facilitating the on-going privatisation agenda, or keeping the public in the dark about that agenda. 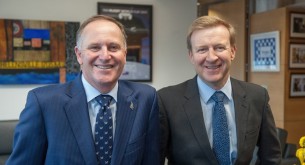 While Biffo Coleman, and his predecessor, Tony ‘Dandy’ Ryall, both have blood on their hands, and are quite happy to engage in typical National Ltd™ number juggling, they are the small fry. Full responsibility for the agonies being deliberately visited upon the people of Canterbury and, indeed, all of New Zealand, by National Ltd™ sheets home directly to John Key and his unfailing devotion to, and worship of, the market’s Invisible Hand.