Most leaders of the opposition are unemployed, they just don’t know it yet 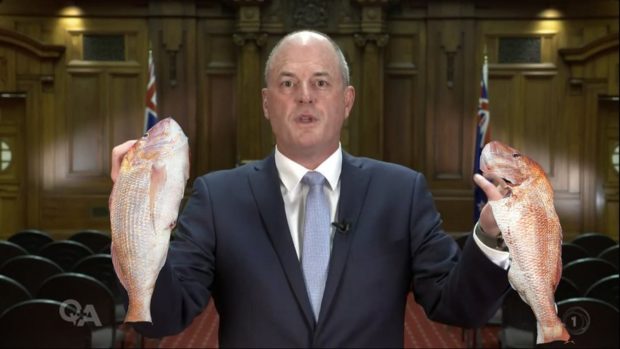 Aotearoeans.  Check your bank accounts to make sure you were paid last week.  Apparently most of us are unemployed, we just don’t know it yet.

This is what Todd Muller said yesterday.  From Kristin MacFarlane in the Herald:

“Most New Zealanders are unemployed but they don’t know it yet.”

Those were the words of National Party leader Todd Muller, who wants to see New Zealand open up its borders to Australia as swiftly as possible to ease the crippling economy struggling on its knees.

He also made a number of other claims which are, shall we say, dubious.

He claimed that the National Party was “unified in helping New Zealand through “a time of acute national crisis”.”  Good luck with that.  I have never seen National more divided.

He said that the National caucus was “totally focused on developing an economic recovery plan that works for New Zealand families and it gives people surety about their future.””  This is suprising because a couple of days ago he suggested they did have a plan.  What have they been doing all lock down?  In fact what have they been doing for the past two years?

They do have a rudimentary plan but it is more a loose collection of prejudices than an actual strategy.   Their solution is get out of the lockdown as soon as we safely can, workplace reform aka union bashing and reducing wages and conditions and paving the way for private investment.  Ayn Rand would be proud.

He said “[w]e can’t open up all the presents all in one day. We’ve got to stagger them but New Zealanders, I have every confidence, will be very interested in what we have to say.”  I have no idea what he was talking about.

He wants the trans Tasman bubble opened as quickly as possible.

We’ve been very clear that we think the Government should prioritise it, with great haste of course. They need to balance the importance of keeping us safe but I think it’s very important that they prioritise that and at the same time have the capacity to have concurrent conversations with other jurisdictions in the world to be able to work out the next steps in opening those markets too.”

I and the overwhelming majority of kiwis would trust Jacinda Ardern on this.  So far her decision making has been exemplary.  Australia still has new cases happening although not many.  And their Covid rules are now more restrictive than New Zealand’s.  For me I am happy for this to be done safely, not quickly. 68 comments on “Most leaders of the opposition are unemployed, they just don’t know it yet ”