National has some strange candidates – Pakuranga 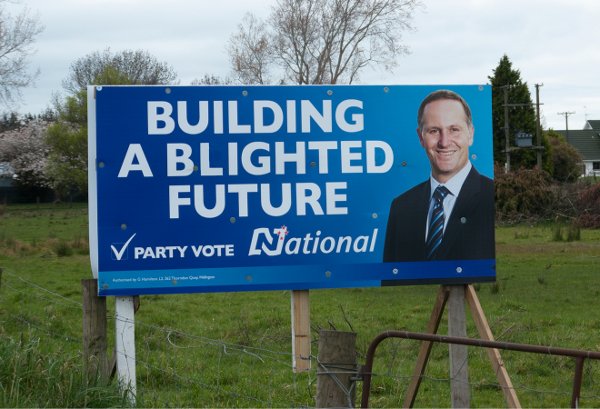 I hear there are murmurings in National’s ranks at the number of fundamentalist christians being selected in winnable seats.

One of them is in Pakuranga which is one of the safest of National seats.  His name is Simeon Brown.  He is aged 24 and is the former deputy chair of the Manurewa Local Board. Given his age it is possible that he could be in Parliament for a long time.

He has some very conservative views and is a self confessed christian.  You only have to search Parliament’s website to find out what they are.

He is anti abortion and anti student union at the same time, surprise, surprise.

He is against marriage equality and thought that the Act would make criminals of those who thought that marriage ought to be only between a man and a woman.

I wonder what Maurice Williamson thinks of his selection?  The man who mocked celibacy and talk of the gay onslaught and said famously how there was a big gay rainbow over Pakuranga on the morning Marriage Equality was passed is being replaced by a fundamentalist christian who is one of the people that Williamson mocked.

My impression is that National is going through a similar phase that Labour went through in 2008 when morale was declining, attention to detail was not optimal and as membership waned groups with more extreme views held sway. And with the collapse of the Conservative Party the only place for christian conservatives to go to is National.

It may be that as with the Republican Party in America National’s pursuit of support at all cost will mean that it selects some candidates with decidedly fundamentalist christian views. Although all views should naturally be tolerated I worried at the prospect of having a Government where such views dominate.

86 comments on “National has some strange candidates – Pakuranga ”