National on the Manus Island crisis 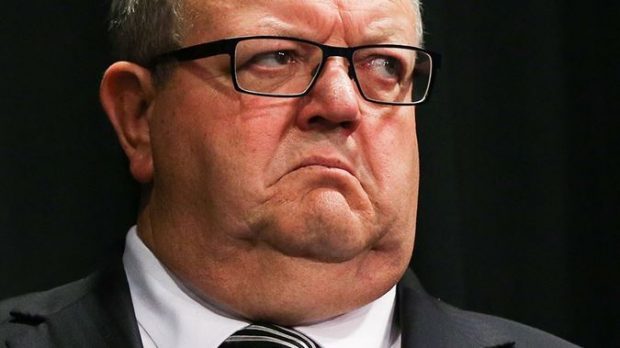 Back in 2013 National leader John Key (remember him) offered to Australia to take 150 refugees stationed at Manus Island.

He repeated the offer on a number of occasions.

The offer was referred to in this article from the Herald in 2016:

Ahead of the Australian election on Saturday, Labor leader Bill Shorten said New Zealand could be used as a resettlement option for refugees now on Nauru and Manus Island in Papua New Guinea.

Mr Shorten told ABC-TV that discussions should be first held with the UN High Commissioner for Refugees, but New Zealand was “a resettlement nation”.

The 150 quota was agreed between Mr Key and former Australian Labor Prime Minister Julia Gillard in 2013 but has never been used.

“In the instance that Australia decided to invoke that provision we would allow that to happen,” Mr Key said today when asked about Mr Shorten’s comments.

“But at this stage that hasn’t been something that Australian governments have wanted to take up.”

Fast forward to 2017 and the change of Government to the Labour-New Zealand First-Greens.

National Party’s Judith Collins said on Twitter it was staggering Ms Ardern, as “the Minister in charge of our nation’s security”, had either not had or not read briefings.

Mr Brownlee said Ms Ardern was amping up the response compared to the previous offer from National Party leaders.

“The real point is that we’re selecting refugees to come to New Zealand on the basis of their being would be a good fit for our country, but it still leaves Australia with a massive problem.

“And I think criticising them for dealing with people – that have gone through six countries in some cases trying to get to Australia to seek asylum or refugee status – is pretty harsh.

He said he did not doubt Australia would eventually accept New Zealand’s offer.

“I think that’s a possibility but you’ve got to let them go through that process.”

“Saying that it’s an unacceptable situation and Australia needs to live up to its international responsibilities etcetera, I think that’s a step too far.”

“I think it tends to deny the problem that Australia’s got, so it’s not just the 400 people who are protesting on Manus Island.”

“They’re protesting because they don’t want to leave the facility which Australia is trying to close down and many of those, you’ll find, are not eligible to be considered refugees or asylum seekers so they’ve got other motives for creating the attention they have.”

However, he refused to go into how he might know many of those on Manus Island were not eligible.

“I think you have, to because this is a country that takes five times the number of refugees that we do per capita, and is dealing with a serious problem, they’ve got big, big sea borders,” he said.

So much to unpick …

Jacinda has been pushing the exact same deal that National reached with the Australian Government.  What is National saying she is guilty of, over enthusiastic advocacy?

If Judith Collins thinks the deal is a threat to our security why did her party support it?

Why does Gerry Brownlee think that it is acceptable to cut the water and power to a site with all those refugees?

And why during nine long years of National Government did they only propose an increase to 1,000 per year but only after 2018 if the numbers of refugees that we took in were so small?

Expect a lot more of this.  National blowing hard on the dog whistle trying to make out that Labour is doing too much and yet not enough when last term National begrudgingly was also trying to do the same but less.

82 comments on “National on the Manus Island crisis ”