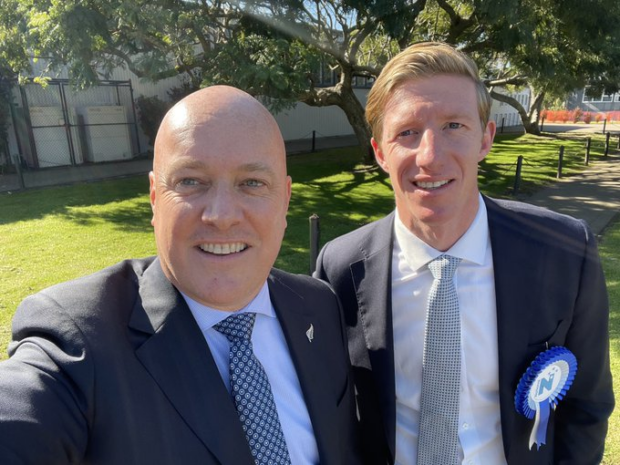 I wrote a post with the same heading just over a year ago.

To be frank I could not believe our (lefties) luck.  National kept selecting these weird candidates, mostly male Alpha sorts who kept on screwing up badly.  Who can forget the following:

You would think that for a high profile by election and after repeated criticism of National’s selection processes they would make sure that their candidate would be absolutely squeaky clean.

From the excellent Kirsty Johnson at Stuff:

Uffindell only offered the man an apology last year, 22 years after the attack, and nine months before he publicly announced his political aspirations.

He says the timing of his decision to say sorry is not linked to his decision to begin a career in politics, but that the incident had been “nagging” at him, and he wanted to atone.

“It was one of the silliest, stupidest things I’ve ever done. I really regretted it, I do really regret it still,” Uffindell said.

The victim, who was 13 years old at the time, was left with severe bruising and significant trauma.

Police were not involved. Instead, Uffindell was disciplined alongside three other teenagers who joined in on the beating, and asked to leave the school, Auckland’s King’s College. Uffindell was in Year 11, or fifth form, and aged 16 years old when he attacked the younger boy. He went on to finish his schooling at St Paul’s Collegiate in Hamilton.

There is a lot to unpick.

Uffindell was only 16 at the time and he has given an abject apology which according to him was not motivated by his desire to become a politician, even though it was offered a month after Uffindell’s local MP Todd Muller had announced his intention to resign as an MP.

And he has been beating the law and order drum really hard.  Law and order includes bullying Sam.

There are some glaring with emergency lights flashing elements about the incident:

My biggest rant is how this exemplifies our economic system.  Rich kids have this expectation that if they fuck up then remedial steps can be taken so they can then do other things and eventually become merchant bankers.  The physical brutality they engage in is then replaced by even worse economic brutality.  The results are comparable.  Their victims lead fucked up lives whereas if only they had shown more compassion as a 16 year old student or as a 40 year old merchant banker then things could have been better.

It is no coincidence that school bullies get attracted to being merchant bankers and then National Party MPs.  A properly functioning democratic system would make sure that they were kept well away from power.