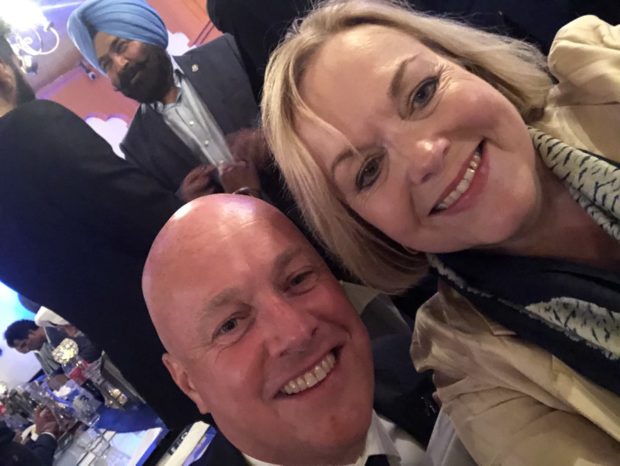 Call me biased but I cannot think of a time where National has been more messy.  It used to be a highly disciplined party.  Leaks were rare and were evidence of extreme factional tension.

This has been blown out of the water by events over the past couple of years.  Jami-Lee Ross did the country a favour by showing what was really happening in the background.

Judith Collins’ selection as leader was evidence of two things, no faction was in control and the leadership was seen as a poisoned chalice.  Leader of the Opposition is rightfully said to be the worst job in politics and being the leader of the opposition after receiving an electoral trashing must really suck.

The sharks are circling.  Last week Chris Luxon gave his maiden speech in Parliament and led up to the speech with some social media.  As much as you can from a twitter account that has 879 followers including me.

I believe in tackling inequality and working to find that balance between encouraging and rewarding hard work and innovation, while always ensuring there is social mobility and a safety net.

Every New Zealander who cares about other New Zealanders, understands what this means. pic.twitter.com/Fw3GQQGt0j

The speech itself was a finely crafted series of words that said essentially nothing.  It had a number of injections of Te Reo, celebrated diversity, talked about hard work, worried about how his electorate was underserved by public services, had the traditional working class reference to his Irish Miner ancestors, and celebrated family.  But it also talked about his work experience with a Multinational Corporation although he said that down to earth kiwis could be as good as “Oxbridge set from England, Ivy League – educated Americans, and born-confident Australians”.  Wrong answer Chris, they are better.

He paid homage to his class:

Over my career, I’ve come to believe more and more strongly that successful businesses have a critical responsibility to engage on the economic, the social, and the environmental issues a country faces. Making a difference to people’s daily lives is a shared responsibility between Government, community, and also business.

He celebrated his time at Air New Zealand and presented a tick box list of progressive achievements.  He said this:

In my time, Air New Zealand employed 12,500 people, and it represented a cross-section of New Zealand life. As CEO, I had the opportunity to get things done and demonstrate that a business could do well by doing good. For example, we decided that New Zealand’s shameful record on family violence was a workplace issue, not just a social issue, and so we introduced a three-week paid family violence leave policy for victims. The pay equity gap at Air New Zealand was reduced to zero, and we introduced a 26-week paid parental leave policy. Senior leadership team positions held by women went from 16 percent to 44 percent. We worked hard to grow career pathways and internships for young Māori and Pasifika. We worked hard to champion and mainstream te reo and tā moko. We earned Gender and Rainbow Tick certifications. Air New Zealand was also a foundation member of the Climate Leaders Coalition, and 100 percent of our company car fleet became fully electric—and that was over five years ago. When the business delivered superior commercial returns, we shared those profits with our employees through a company performance bonus. The principle was simple: when Air New Zealand did well, all our staff should do well too.”

He also addressed his faith, which has something of an Achilles heel.  He attends a fundamentalist church that did some weird stuff with its twitter feed when the spotlight was applied.  He said this:

It seems it has become acceptable to stereotype those who have a Christian faith in public life as being extreme; so I will say a little about my Christian faith. It has anchored me, given my life purpose, and shaped my values, and it puts me in the context of something bigger than myself. My faith has a strong influence on who I am and how I relate to people. I see Jesus showing compassion, tolerance, and care for others. He doesn’t judge, discriminate, or reject people; he loves unconditionally.

Through history, we have seen Christians making a huge difference by entering public life. Christian abolitionists fought against slavery; others educated the poor and challenged the rich to share their wealth and help others less fortunate. The world is a better place for Christians like William Wilberforce, Martin Luther King, and Kate Sheppard contributing to public life.

My faith is personal to me. It is not in itself a political agenda. I believe no religion should dictate to the State, and no politician should use the political platform they have to force their beliefs on others. As MPs, we serve the common cause of all New Zealanders; not one religion, not one group, not one interest. A person should not be elected because of their faith, nor should they be rejected because of it. Democracy thrives on diverse thinking and different world views.

Basically it was a well crafted concerted attempt to present him as a moderate centrist, and read like something John Key would have said with parts personalised to suit Luxon.

I have spent a bit of time on his speech because yesterday yet another leak further undermines National’s perception of unity.

The go to recipient of leaks, Tova O’Brien dropped yet another bombshell.  From Newshub:

Newshub can reveal yet more discord in the National Party, this time over fluoridation – in an extremely rare move, MPs voted down the leadership on a key health policy.

The Government has proposed making Director-General of Health Dr Ashley Bloomfield responsible for fluoride in water to protect Kiwis and their kids’ teeth, rather than the region-by-region approach.

National’s leadership, Judith Collins and her deputy Dr Shane Reti wanted National to oppose the proposed changes, believing it to be an overreach. But the caucus disagreed and voted the leadership down.

It doesn’t bode well for Collins. It’s not a good day in the leadership office when your MPs override your decision on an important public health issue.

National MPs have told Newshub this is incredibly rare and almost unheard of.

One National MP said it’s even rare to have these votes in caucus, and that it shows indecisiveness and lack of belief from Collins.

Another National MP says she’s confused about what Collins stands for.

“There’s no way the party will go into 2023 with Collins as leader,” the MP said.

Remember, National’s caucus meetings are supposed to be top secret and impenetrable, but once against the caucus is leaking like a sieve.

Judith did not take it well.

So we're at that stage of the Collins leadership. pic.twitter.com/rTBA5kjwRF

The vultures are circling and Luxon is clearly putting his hand up.  Bridges has not given up.  Bishop clearly fancies his chances.  Even Chris Penk thinks he could give it a go.

But the caucus is clearly that fragmented Collins may survive.

At least for now.