Nats’ ACC plan only good for insurance companies and lawyers

National has confirmed it intends to privatise the ACC scheme starting with opening the work account to private competition. This would see private insurers cream off large and low-risk employers with special deals, leaving the taxpayer to shoulder the burden of the rest (which would, in turn, be the basis for privatising of the remainder). 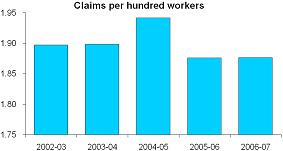 Australian insurance companies expect to make $200 million off this privatisation. These profits will be made not by higher premiums but by reduced pay-outs. As you know, that’s how private insurers make profits – by avoiding paying out whenever possible. In practice, that will mean Kiwis missing out on speedy treatment and income coverage, while Aussie insurers get rich.

Part of the genius of ACC is in decoupling blame from compensation. Occupational Safety and Health investigates accidents and holds businesses to health and safety regulations, ACC ensures the injured get treatment and income compensation, and businesses are incentivised to be safe because higher accident rates mean higher levies. Because of this administration of injury compensation leads the world in cheapness and efficiency and there are few court cases. Introducing competing profit-making insurers who are trying to minimise payouts would mean more expensive administration and law suits between individuals, businesses, and insurers tying up the already stretched court system. This was the case before ACC, it’s the case overseas, and it was beginning to happen again when National introduced competition in 1998. The efficiency of ACC is the envy of personal injury law experts around the world* but introducing private insurers will put an end to that.

Only two groups stand to gain from National privatising ACC. Not businesses and workers – insurers and lawyers.

[*I was in a personal injury lecture in Finland, our American professor was introducing the perplexed European students to the common law personal injury litigation system. He concluded that only one common law country had managed find a way to get rid of this resource consuming, lawyer-enriching system. No prizes for guessing which one.]