Some commentators have been drawing parallels between John Key and Barack Obama’s style of appeal. That was all very well when it appeared to be going Obama’s way but now in this recent article in the Guardian suggests that Barack Obama is also facing challenging times. 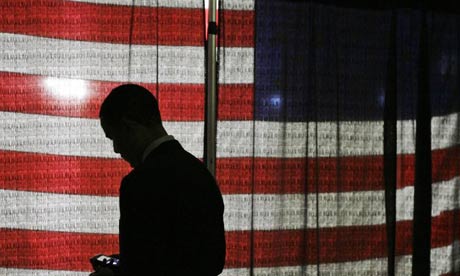 “Listen for a few minutes to Joey Vento, owner of a south Philadelphia institution that serves gut-busting sandwiches through a takeaway hatch, and the scale of Barack Obama’s problems become apparent. Obama is having the worst week of his campaign. It is, some believe, a week that threatens his chances of becoming president.

“That minister, that was terrible, all his sayings. He’s preaching hatred,” Vento said. “The thing I didn’t like about Obama; you’re telling me for 20 years you been going to that church and you never heard that?”

Vento, 68, was speaking about Obama’s former pastor and spiritual adviser, Jeremiah Wright, whose sermons have been aired repeatedly on US television denouncing the US as racist.

The clips have alienated the white voters, such as Vento, that Obama needs in his next contest with Hillary Clinton, to be held in Philadephia and the other towns and cities of Pennsylvania on April 22. But it goes further than that. The danger for Obama is not just that he could lose badly in Pennsylvania but that senior Democrats will wonder whether the loss of white votes could cost him the November general election….

Obama has since redoubled his efforts. Usually reluctant to offer himself up for interview, he began touring media outlets and appeared twice on CNN, first on Wednesday night and then again on Thursday.”

Are NZ readers ready for an equivalent Key onslaught?