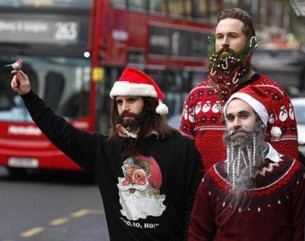 [This photo is in commemoration of Christmas and for Tom Jackson]