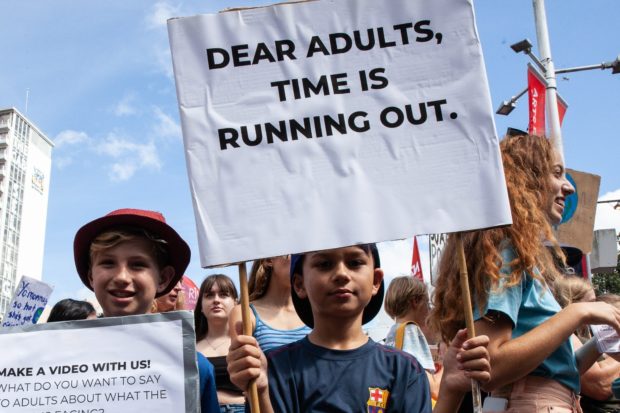 As the world readies itself for the sprint that is required in policy implementation if we are to avoid the worst excesses there has been some unfortunate news suggesting that New Zealand was party to the watering down wording in the latest IPCC report.

From Marc Daalder at Newsroom:

Climate Change Minister James Shaw says officials may have created the impression that New Zealand is protecting big polluters “at the expense of the climate”. The comments come after he asked for a please explain when Newsroom revealed diplomats opposed the use of the term “plant-based foods” in an international climate report.

The latest report from the Intergovernmental Panel on Climate Change (IPCC) says a switch to plant-based diets is one of the most effective demand-side measures to reduce greenhouse gas emissions.

While the term “plant-based” appears more than 50 times in the report itself, it is only mentioned once, in a footnote, in the influential summary for policymakers. That’s because New Zealand’s representatives at the IPCC summit that approved the summary line-by-line joined with other agricultural nations to water down the language.

Coverage of the negotiations by the Earth Negotiations Bulletin – the only media outlet permitted to attend the event – makes clear that New Zealand argued against the use of the term “plant-based” in favour of “sustainable healthy diets” in at least two sections of the report’s summary.

Both dealt with reducing demand for products of high-emitting activities. The first, on how products are presented to consumers, saw “plant-based foods” replaced with “balanced, sustainable healthy diets”. India and Kenya joined New Zealand in removing the reference to vegan and vegetarian diets, while Germany unsuccessfully opposed the measure.

James Shaw was not impressed.  Again from Daalder’s article:

While a spokesperson for Shaw originally declined to comment on the issue, the minister provided comment after publication on Saturday morning.

“This is the first I’ve heard of it and I have asked officials for an explanation,” he said. After speaking with officials, he accepted their explanation but worried it could create a misleading impression.

“Officials also pushed for language to promote diet and production choices that can drive emissions reductions, such as tackling overconsumption, food loss and waste,” he said.

“However, in my view, regardless of any merits in this case, New Zealand should avoid adopting positions in these negotiations that could leave the impression we are working to protect our largest industries at the expense of the climate. We push back very strongly against petro-states’ efforts to protect their fossil fuel industries. We should strive to avoid any similar conflict of interest. I will be discussing this further with officials next week.”

As we get ready for the policy implementation sprint that will hopefully ensure that our grandchildren’s world is not decimated, watering down text to lessen the prospect of people going vegan is not something I think that NZ Inc should be doing.

This incident highlights one of the touch points for New Zealand politics.  On one side is the farming sector who will do weird things like oppose carbon sinks because they will change the country’s rural nature.  The organiser of this petition is farmer and provincial president of Federated Farmers Gisborne-Wairoa region Toby Williams.  His area is today going to be battered by the second tropical cyclone in a matter of weeks.  Can someone please join the dots for Toby.

At the more extreme edge of the debate is Groundswell who basically want the farming sector to do nothing about climate change and have the right to drive big utes.  From their position statement:

The NZ Emissions Trading Scheme is seeing large areas of farmland incentivised into pines and a significant cost-burden borne by the world’s most emissions-efficient farmers. The unworkable elements of climate-change policy which are crucifying farmers and growers must be withdrawn …

The ‘Ute tax’, or the Government’s Clean Car Package rebate scheme, must be scrapped as there is no electric alternative to the ute – a vehicle which is essential to New Zealand’s economic heavy-lifters: farmers, horticulturalists, industry support people and tradespeople. If there is no alternative, the policy is clearly unworkable and merely another financial burden.

Now is not the time to water down responses.  We no longer have time to debate the niceties of climate change or to spend long periods of time refining collections of words so they are slightly less offensive to vested interests.

’Where appropriate, a shift to diets with a higher share of plant protein, moderate intake of animal-source foods and reduced intake of saturated fats could lead to substantial decreases in greenhouse gas emissions. Benefits would also include reduced land occupation and nutrient losses to the surrounding environment, while at the same time providing health benefits and reducing mortality from diet-related non-communicable diseases.’’

The short version, if you want to improve the chances of your grandchildren living on a planet with a greater chance of survival, eat less meat.