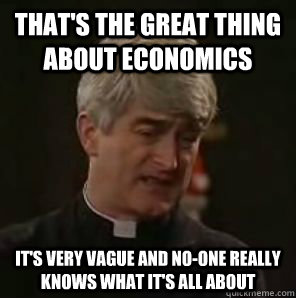 Last week’s Budgetgate proved yet again that politicians are like any other normal person and know very little about most things and almost nothing about technology and IT. This is nothing new.

Stuff’s ‘IT expert’ has written a scathing piece about (our) politicians having Luddite qualities.

Give me strength. These are the same politicians that [sic] will be making decisions on important technology-related matters.

Do you have confidence that these ministers will make the right decision on 5G and/or cyber security? Or is it more likely they’ll make an ill-informed, but politically motivated, decision?

Yeah, nothing like expressing concern to further undermine trust and confidence in the Government. However, the writer, perhaps unwittingly, touches on a core issue here, which is that the Government makes decision based on information. The quality of information varies, as we have recently seen. Ideally, the Government relies on expert advice that has been rigorously checked (verified). Ideally, the bits of expert advice are integrated into a holistic policy framework. These things take time and are one of the main reasons why the Government uses so many Working Groups. They cost money too.

On important matters, we rely on verifiable accurate information that stands up in court. Indeed, court cases often involve very complex information from expert witnesses and Forensic Science is now a thing. For example, DNA evidence requires judges, lawyers, and juries to be sufficiently versed in biochemistry, genetics, and bioinformatics.

Our world has become extremely complex. Far too complex for our little individual caveman brains to fully comprehend.

We also know that Parliament is not a happy place. Politicians and particularly Ministers strut around like gods pretending to be omniscient (and omnipotent) and prescient. Public embarrassment is a cardinal sin. Politicians are more like Greek Gods with all their fallacies; they are only human! This puts enormous pressure on everybody, especially emotional junior staffers, to deliver information ASAP with little to no time for fact checking or thinking – cool heads do not always prevail in this environment. It is a recipe for disaster. As a side note, this requires loyalty and dedication on behalf of parliamentary staffers who, at the same time, have to remain politically neutral – no wonder things go wrong there.

This perception of supreme confidence with infallible knowledge and intelligence coincides with the never-ending juvenile attempts to trip up politicians by journalists and other politicians alike.

The PM does not understand how the economy works and the Minister of Finance does not know what GDP means and gets his figures wrong. The Greens don’t know anything except how to compost and grow weed. Apparently. National are supposedly better stewards of the economy and they seem to have a rather unique interpretation of NZ and international laws. Has anybody seen Joyce’s hole lately? To all that, I’d say “so what?”.

Politicians are in Parliament to represent us as best as they can. The Government needs to make decisions and strategic policies preferably based on the best available evidence and information. They don’t do quick Google searches, at least I hope they don’t, and have to wait for reliable input and feedback from trustworthy sources (e.g. parliamentary staffers).They also need create and test ideas that are risky, innovative, bold, progressive, transformational …

Ideas, at the initial stages, should not be burdened by technical details. But how often is a good idea in principle torpedoed and sunk by unreasonable demands for details and quickly dropped for political expedience? How many complex issues, such as CGT or raising the retirement age, are taken off the table because of politicians’ and parties’ short-term self-interest? Should we not debate these first before they are dragged down by nitty-gritty stuff with arms going up in the air and screams like “it can’t be done”? It is big picture thinking with long-term horizons versus narrow-minded timid tinkering bogged down in and by irrelevancies and distractions (sideshows) for short-term political gain.

I look forward to the interview in which a NZ politician admits that they don’t know jack because that would probably be the most honest answer they could (and should?) give. Facts matter, of course, and evidence-based decision-making is important too but in politics we need to make more room for value-based arguments and we need to distinguish between facts and values – they are clearly not the same.