The man tipped to be National’s next leader, Simon Power, has announced he will not be standing at the next election. The reasons are obvious. As a decent man and an old fashioned caring Tory, Power has no heart for the direction National want to take New Zealand. His resignation is a sign that within the party, the dry right have finally taken total control the idealogical reigns and there is no longer a place for liberal wets like Power.

There are some interesting parallels with the resignation of Labour’s Steve Maharey. The neighboring MP’s were both considered the likely next leader of their parties, both were honest, hardworking electorate MP’s with a gift for engaging with voters and with a history of solid performance at Ministerial levels too. Maharey, however, had personal reasons to go. The tragic and untimely death of his wife clearly knocked the stuffing out of him and the opportunity to run Massey University must have seen like a breath of fresh air and a chance to rebuild his life. Power does not have the same drivers; it’s all about the politics for him and the coming attacks on the social foundations of NZ has been too manky a dead rat for him to swallow. 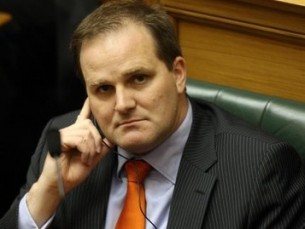 Electorally, this could be bad news for National. When Maharey went from Palmy, the excellent Iain Lees Galloway stood and won the seat for Labour, but with a massively reduced majority that reflected not only the swing to National, but the loss of Maharey’s personal vote. The same will happen in Rangitikei. National will now be fighting to retain what will be a marginal seat without the benefit of Power’s significant personal support. To make matters worse, Labour have selected the experianced campaigner Josie Pagani to contest the electorate. Josie narrowly missed out on becoming the MP for Mana, losing the LP selection to Kris Faafoi, despite enjoying overwhelming local support. She will be now realise that she has a decent chance of an upset, particularly as National have no obvious succesor to Power. Certainly, in her press release this morning, Pagani is on the money:

The question Rangitikei voters will want answers to are: Who will stand up for them on the cost of living when prices are rising faster than wages, and who will stop sales of our power companies, which would inevitably end up foreign-owned

Well, it used to be Simon Power who raised the difficult questions such as those in National’s caucus. Now there is nobody left there with a conscience, a sense of NZ how it should be, nor the spine to stand up for the majority of Kiwis against the failed policies of the right. More’s the pity.

I’m losing count of how many ministers Key has burnt off in two short years, but it’s getting almost farcical now. The resignation of Simon Power confirms that the next election is going to be the most sharply idealogical vote since the eighties. It’s a further sign that the left need to sharpen their game, but it’s also encouraging that the differences in platforms are going to be very, very obvious to the voters of New Zealand.

The Voice of Reason