Pragmatism and the limits of patience

Bill English managed to cause quite a fuss this week with his claim that New Zealand had a “competitive advantage” due to factors like our low wage economy. Another of the factors that English cited was how agreeably tractable our political system is in NZ (audio link at about 40 sec):

“New Zealanders have got very pragmatic about the rules and regulations that apply to the economy, that they should be focused on growth, and we’re able to change quite a lot of things to get there…” 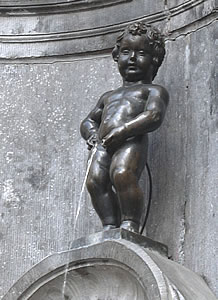 In other words (translating tory for a moment), English can’t believe how easy it has been for that Nats to ram through their agenda this term. They broke their promise on raising GST — hardly a ripple. They handed out big tax cuts to the already wealthy and gave next to nothing to the poor — barely a murmur. They cry poverty to cut back on public services and public servants while finding billions to bail out big businesses — few people seem to care. And all too frequently they trample over Parliamentary and democratic processes — and get away with it.

Of course none of this has caused any growth at all (quite the opposite in fact). But you can see why Bill English thinks it’s so easy to get things done. In public he said that New Zealanders are “pragmatic”. I wonder what he says about us in private. How do you describe a public that seems content to sit back and let the government have another go at “trickle down” economics? Make the rich richer and leave everything to the invisible hand of the market. Are we the public pragmatic? Patient? Disengaged? Supine?

Whatever you call it, Bill English should be warned. Yes we have been patient with a lot of National’s agenda so far. But there are bottom lines that cannot be crossed. As the Nats discovered when they tried on the idea of mining in National Parks, or of selling Kiwibank, and as they may soon discover again over the sale of public assets.

And patience has its limits. There is only so long that the Nats can go on selling the line that their policies are good for New Zealand when all the evidence (the flatlined economy, the skyrocketing unemployment) clearly shows the opposite.

In short, I don’t think the Nats should rely on New Zealand’s “pragmatism” for too long. The government isn’t delivering results, and people are going to want to know why. I only hope that we wake up and start asking the hard questions in time for the next election.

20 comments on “Pragmatism and the limits of patience ”