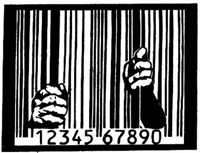 National’s announcement that it plans to privatise the prison system says a lot about the party’s underlying values. Say what you like about National’s temporary flip-flops, underneath they haven’t changed a bit.

Whether it’s ACC, privatising assets, drafting electoral law or reforming the Resource Management Act, the National Party stands for entrenching private power at the expense of the public in nearly every sphere of life.

Now, as in the 1990s, National believes that even the sharp end of state power, the prison system, should be wrenched from public control and handed over to private corporations driven by the profit motive.

As a very basic principle for anyone on the Left, the thought of putting money on bodies in a cell and paying stockholders for those bodies is an affront to human dignity. As with the police and the judiciary, coercive power should be the monopoly of democratically accountable public institutions, not private companies.

But even on a more practical level, private prisons simply don’t make sense. Does anyone seriously believe that powerful corporations with a direct profit motive in a high prison population and repeat customers will have an interest in rehabilitation?

The reality is private prisons, like any other outsourced provider, only make money by cutting corners where it really matters. The record of private prisons in the United States is overwhelmingly one of low wages, poor training and prisoner abuse.

In fact, the firm the last National government contracted to run private prisons in NZ was none other than the infamous Wackenhut, which has since changed its name to GEO Group, so damaged is its reputation. Especially for young people, Wackenhut has become a byword for inmate abuse after a series of high profile stories of rape and brutalisation.

The Corrections Corporation of America, another likely bidder for New Zealand’s prison services, has had similar problems resulting from low pay, lack of training and poor treatment of prisoners. PBS recently reported the following story about a CCA facility:

One night in 2004, a major prisoner riot blazed through Crowley. Some of the overwhelmed guards ran away and outside law enforcement had to put down the uprising. A state report later found that the facility was not fully staffed, and didn’t follow fundamental security measures. Inmates were angry over bad food and inappropriate use of force. Low pay contributed to a high staff attrition rate…and in an industry where years on the job can literally teach you how to save lives… newly-hired, inexperienced staff were left to deal with an explosive mix of inmates from three different states.

According to one expert, ‘the problems that were identified in the wake of that riot are typical of the private prison industry and happen over and over again.’

Don’t be fooled into thinking National’s plan to privatise our prison system is in any way “fresh thinking” for a “brighter future”. Like the rest of their programme, National’s corrections policy is the same old ideological formula: remove control from the public sphere so the private sector can profit. Whether it works or even violates fundamental principles of human dignity and democracy is beside the point.

49 comments on “Prisons for profit ”