Progress from the Labour led government 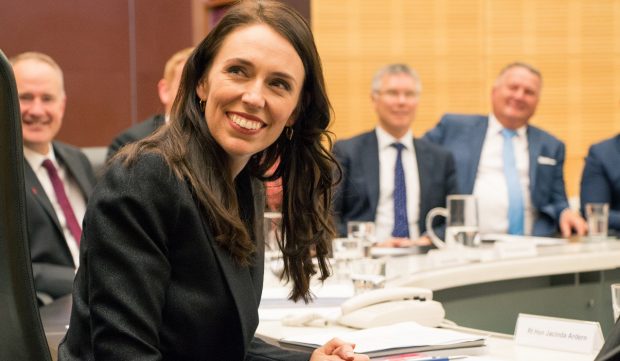 The best way to restore faith in the idea of a good state doing good for the country is to deliver on your promises.

With the six-month fiscal update coming on Friday (remember that $4.1b surplus?), we need a summary.

1. Make the first year of tertiary education or training fees free from January 1, 2018.

Imminent. The minister’s been saying students should plan study under the assumption their first year of fees will be free in 2018.

3. Pass the Healthy Homes Guarantee Bill, requiring all rentals to be warm and dry.

Imminent. To be passed this week.

Coming. Bill to be put into the House before Christmas, likely to be passed in February.

Also big reduction on items landlords can claim in tax rebates coming up.

Also, sales of all land greater than five hectares excluding forestry now must be reviewed by OIO.

5. Issue an instruction to Housing New Zealand to stop the state house sell-off.

Work in progress. Sounds simple, but Housing Minister Phil Twyford’s office says the details are “being worked through”. On-track to be announced within the 100-day timeframe, but I think he has some structural issues there.

6. Begin work to establish the Affordable Housing Authority and begin the KiwiBuild programme.

Work in progress. Mr Twyford is working on the policy, with the first steps “to be announced within first 100 days.”

In progress. PPL legislation is expected to pass next week. Takes effect 1 July.

Families Package legislation to be introduced before Christmas, for passage by February.

8. Set up a ministerial Inquiry in order to fix our mental health crisis.

9. Introduce legislation to make medicinal cannabis available for people with terminal illnesses or in chronic pain.

No announcements made on this either.

10. Resume contributions to the New Zealand Superannuation Fund to help safeguard the provision of universal superannuation at age 65.

Imminent this Friday in the half-year fiscal update.

11. Introduce legislation to set a child poverty reduction target and to change the Public Finance Act so the Budget reports progress on reducing child poverty.

To be announced. This one is Prime Minister Jacinda Ardern’s responsibility – she is Minister for Child Poverty Reduction.

12. Increase the minimum wage to $16.50 an hour, to take effect from April 1, 2018, and introduce legislation to improve fairness in the workplace.

Underway. To be introduced into the House in February 2018, and will take effect from April 2018.

Started. The tax working group has a chair – Sir Michael Cullen – and has been given its objectives. Rest of the group hasn’t been appointed – first meeting in January 2018.

Started. Cabinet has given sign off for Andrew Little the Minister to establish the agency.

Set up probably end of January.

15. Set up an inquiry into the abuse of children in state care.

Nothing clear on it yet.

Nothing clear on it yet.

This is the Green platform in the 100-day list.

Water Summit was scrapped in the coalition agreement.

44 comments on “Progress from the Labour led government ”