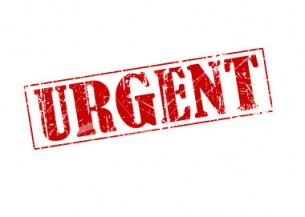 National – and Gerry Brownlee in particular – are disorganised to the point of making bad law.  He was quite rightly accused in the House of:

They tried to ram through 12 bills on Thursday – the last day of parliament for the year – resulting in the house sitting until Saturday night.

There are a lot of problems with a lot of those bills, but the biggest problem with most of them is that they’re not that urgent.

If the Taxation (GST and Remedial Matters) Bill is so urgent, why is it only coming to parliament now – it’s a budget bill, and Peter Dunne has had months to get on with it.  In a flagrant abuse of parliamentary process, he also introduced fully 70 pages of amendments after the Select Committee stage, meaning they won’t have proper oversight.

The SIS bill obviously has its problems with John Key’s secrecy.

Biosecurity Law and Smokefree environment – great, agreed by pretty much all, but urgent?  Once again, if so, there’s been time to get them in before.

Broadband has got urgent – Stephen Joyce has left the government’s biggest $$$ promise until now, so they need to cover their embarrassment.  He’s still too secretive to actually say anything about it now.

The legislation to merge Achives NZ and the National Library into Internal Affairs descended into farce at one point – Nathan Guy is now known as Minister Twinky, for trying to remove information from a tabled document.  It was a good example of why you don’t want the government in charge of our Archives and Records though.  Apart from the fact that it was tried in the 90s and failed, and that it stands to save far less money than the cost of the merger, it’s just a bad philosophical principle to let the government be in charge of history.  Independence please. (Nine To Noon had a great piece on this in October when wind of the change was first smelt…)

Eventually, National saw reason on at least one point, and ditched Tolley’s paedophile protection racket.  Police checks on short term early childcare employees will stay, in the interests of National MPs getting home for Christmas.  Small mercies, but at least something was exacted from them in recompense for their bad procedure…