A very large supermarket chain in the US has installed in-store robots. The purpose of the robots is apparently not to replace workers, or spot shoplifters, or surveil shoppers for commerce, but to keep an eye out for spills and other hazards in the aisles. That’s right, the conglomerate spent $36,000 per robot to be able to tell shoppers that something was on the floor. Tui award right there. Not so much slippery floor as slippery slope.

Turns out the parent company does have some other plans,

I’ll take that to mean eventual constant seamless ingestion of personal data from phones, credit cards and facial recognition. No-one seems to know what is currently happening with images of customers.

The really depressing thing here, as in Marvin level depressing, is that when I searched twitter to see all the angry, witty and sarcastic critiques, there were none. The twitter was either short, uncritical news articles, or bemused shoppers.

It reminded me of what I hear from folk living in the US: the scarey thing about the encroaching proto-fascism is just how quickly people get used to things like locking immigrant kids up in cages or blurring the lines on who is a US citizen. I guess it’s not surprising then that corporate America is rolling out the droids without anyone really batting an eyelid.

May as well prepare the next generation. Tech is cute, right?

You guys. I have no idea what is happening but there is a googly-eyed ROBOT in our grocery store. Its name tag says Marty… pic.twitter.com/xzJNnVVaj2

Or not. I guess there will be new job creation in helping people adjust, 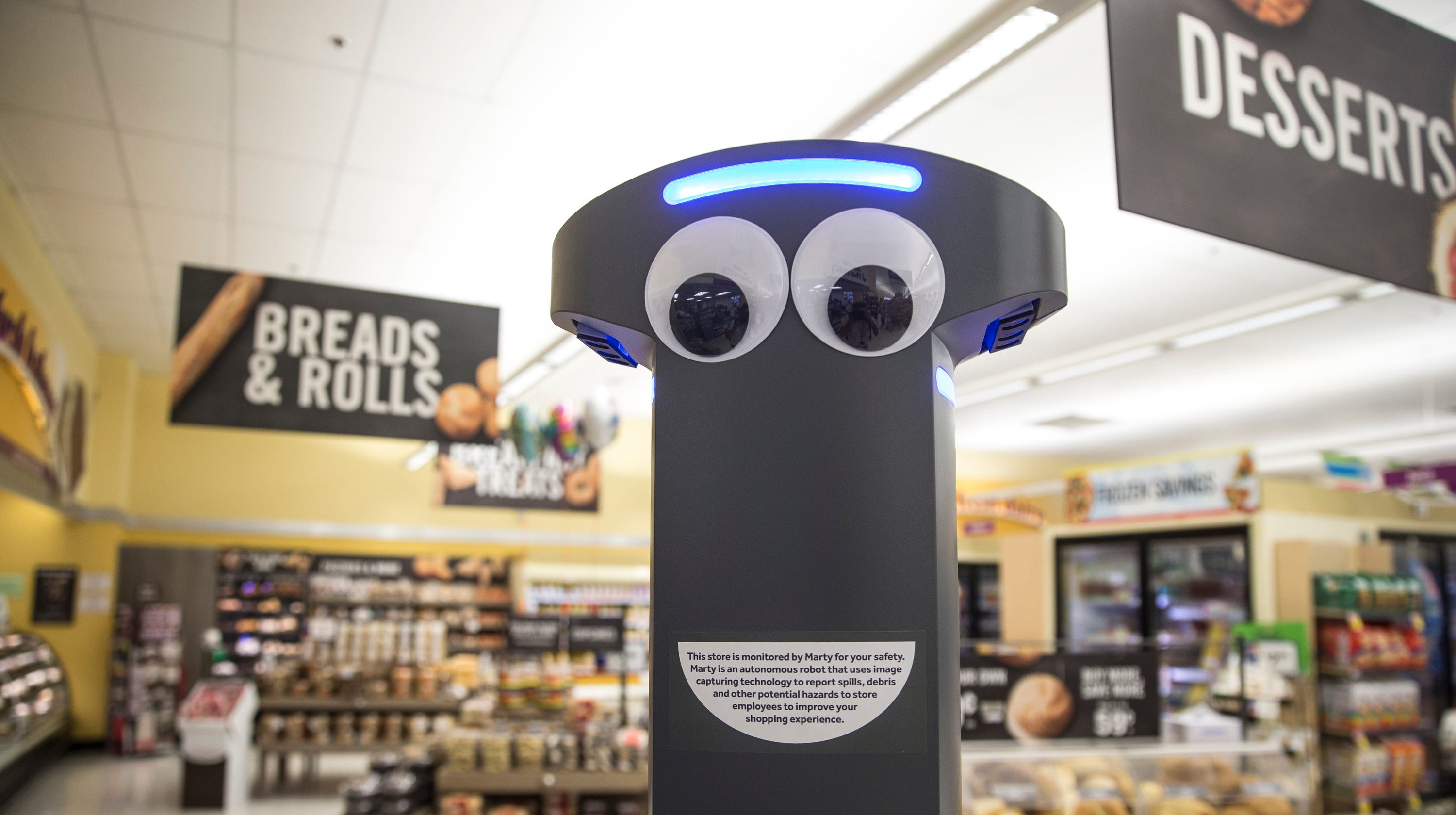