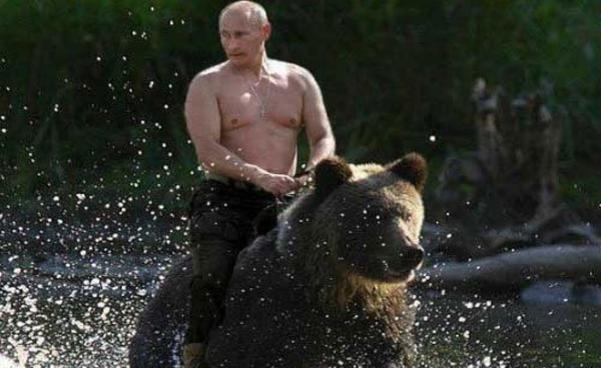 The Ukraine war is not going well for Russia.

It was meant to be a war that would be over quickly but dogged Ukraine defence helped by high tech Western supplied weapons have not only halted the invasion but there have been recent reports of Ukraine forces driving the Russians back.

Putin knows this and has responded by performing the first Military Draft since the second world war seeking 300,000 extra soldiers for the fight.  He has also planned for referenda in Russian held parts of the Ukraine.  And to top things off he has threatened the use of nuclear weapons.

Russian-backed separatists plan to hold referendums in the occupied areas of eastern Ukraine, a move that has triggered a chorus of condemnation from Western leaders.

The vote will pave the way for the formal annexation of swaths of territory by Russia after nearly seven months of the war with its neighbour, a former Soviet republic.

If Russia goes ahead with the referendums and includes the four regions in Russia, then Ukraine – and potentially its Western backers too – would, from a Russian perspective, be fighting against Russia itself.

That would raise the risk of a direct military confrontation between Russia and the NATO military alliance, a scenario that President Joe Biden has said could lead to World War III, because NATO members are supplying arms and giving intelligence to Ukraine.

As such, a rushed Russian move to formally annex another big chunk of Ukrainian territory would be a major escalation just days after potentially the most significant Russian battlefield defeat of the war in northeastern Ukraine.

Russia’s nuclear doctrine allows the use of such weapons if it is attacked with nuclear or other weapons of mass destruction, or if the Russian state faces an existential threat from conventional weapons.

While escalating the stakes of the confrontation, Putin could also announce additional steps.

Russian stocks plunged to their lowest in a month on Tuesday as Moscow reignited martial law fears with new legislation that tightened penalties for military personnel.

Unless Ukraine agreed to stop fighting for its lost territory, Russia would have to commit significant military forces to defend the newly annexed regions – which are still not fully under Russian control.

“Putin has made a bet on escalation,” said Tatiana Stanovaya, founder of the political analysis firm R.Politik.

“All this talk about immediate referendums is an absolutely unequivocal ultimatum from Russia to Ukraine and the West.”

New Zealand is now considering expulsion of the Russian Ambassador.  From OneNews:

It comes after Vladimir Putin announced a plan for partial mobilisation in Russia, and ahead of Russian-controlled regions in eastern and southern Ukraine planning to hold referendums on becoming part of Russia — a move that could allow Moscow to escalate the war.

And there were scenes yesterday at the United Nations as Russian Ambassador Sergei Lavrov turned up late, then left immediately after speaking to a special Security Council session.

Putin appears to have given up on plans of taking over the Ukraine and instead wants to have the resolutions passed and then have the threat of nuclear war to persuade the west to tolerate Russia holding onto the land.  This is a very high risk strategy and one that may end in disaster.