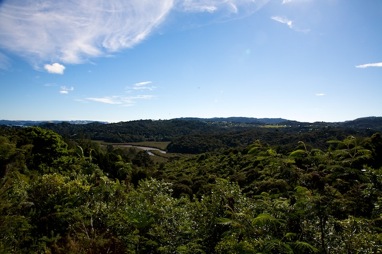 The Government is currently attempting for a second time to remove blanket tree protection from Auckland’s district plan.

In 2009 it tried through changes to the Resource Management Act to do the same thing. The language used was not clear but the intent was that any tree or group of trees on an urban section with a building and reticulated water and sewerage could be felled unless it was identified in a district plan.

These changes could have affected bush clad areas such as Titirangi and Laingholm significantly. The areas are deemed stability sensitive and the trees and bush cover play a major role in holding banks together and preventing erosion. Without the trees the area’s stability would be severely compromised. Allowing felling without restriction would have resulted in a gradual but inevitable change to the area’s bush coverage.

After the change was enacted Auckland Council sought a declaration about the effects of the change and asked the Environment Court if trees identified in the District Plan as being within the Bush Living Environment (mainly Titirangi and Laingholm) fell within the definition of “groups of trees”. The Court said “yes” and gave some very helpful guidance on how to manage tree rules using the District Plan. The effect of the decision was to preserve the protection afforded to the bush clad areas by the existing District Plan rules.

The Government obviously did not like this and has introduced a bill which negates the effect of the Environment Court decision. If enacted the changes will clarify that a tree protection rule can only apply to a tree or group of trees that are specifically identified in a schedule to a district plan by street address or legal description of the land, and that a group of trees means a cluster, grove, or line of trees that are located on the same or adjacent allotments identified by precise location. The decision directly overrides the effect of the Environment Court declaration and is obviously aimed at it.

The rule prevents species of trees from being protected. For instance a rule that “all Kauri over the height of 2 metres living in Titirangi are protected” or “all Pohutukawa on Takapuna’s coast” will not be allowed.

The provision is frankly bizarre. The RMA allows local communities to make all sorts of decisions about all sorts of matters. Yet it is intended a community in a tree clad area is not allowed to make protective rules about the things that give the area its character.

Trees are wonderful things. They give us shade and stability, character and calmness. They make Titirangi and Laingholm special places to live in. But if the Government has its way we will not be allowed to protect the items that make these areas so special.

It makes you wonder what they have against trees.

If you wish to do something about this submissions on the Resource Management Law Reform Bill close on February 28, 2013.  I have prepared a draft submission that you may wish to use and adapt.  And there is an online petition you can sign up to.