Corbyn is on the ballot. Constituency Labour Parties and subsidiary branches are suspended until September. The hundred thousand or so members who joined post-Brexit cannot vote. Neither can anyone who joined after mid-January, including every single member of the recently re-affiliated Fire Brigades Union. Well, they can all vote, but only if they pay £25 to register as a supporter – up from £3 less than twelve months ago. The NEC made all of these decisions in the aftermath of the decision to put Corbyn on the ballot. The NEC itself is up for re-election this month, with Corbyn candidates likely to form the new majority.

There are currently TWO unity candidates, one, Angela Eagle, announced her candidacy to a room which emptied of journalists as she spoke and the other, Owen Smith, is hoping Sunday is slow news day, but just can’t catch a break in these rapidly breaking, broken times. 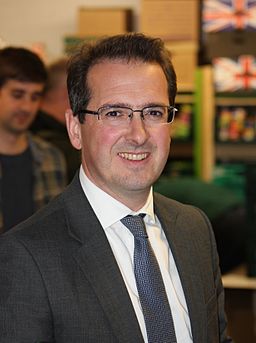 He also looks, well, like every other machine politician.

Meanwhile Progress, the internal Labour think tank for the centre right whose members made up the upper echelons of Labour for over a decade, is issuing (terrible) guidance on how to run a street stall to recruit the public to the £25 membership vote – having spent the previous three weeks encouraging the public to join the party to vote Corbyn out of office. The pro-Corbyn membership is also at work, but given its more grassroots approach needs absolutely no help in running a street stall.

The Parliamentary Labour Party’s most effective attack line against Corbyn has been not to attack the man, but the actions of the more extreme among the 250,000 or more people who support him. MP’s have been subject to awful abuse on Twitter and via email, and a brick was thrown through Angela Eagle’s constituency office window one night. Corbyn himself has condemned the abuse and violence and called for calm, but to his critics that is not good enough. Ben Bradshaw MP tweeted that Corbyn’s ‘…ritual condemnation is not enough. Jeremy must ACT against such violence now’. Whether Corbyn can be responsible for 250,000 people is an interesting question, and it would seem the only ACTION that Bradshaw wants is Corbyn’s resignation.

“…I can’t liiiiive, I can’t give any mooooore”

The media are pretty much united against the incumbent Labour leader. One journalist has called Corbyn supporters Leninists who want to send women to the gulag, even though that’s Stalin they’re thinking of. With the Parliamentary Labour Party seemingly dedicated to a daily schedule of comment pieces and media appearances to say how awful it is, and all membership activities suspended, nobody’s quite sure whether the Labour Party is an Opposition any more. It certainly doesn’t seem to notice that the Conservatives have wrapped up their leadership campaign, renovated the Cabinet and are getting on with things.

The leadership election doesn’t conclude until Labour Conference, which means there’s at least another two months of this. But what are the potential September 25th scenarios? 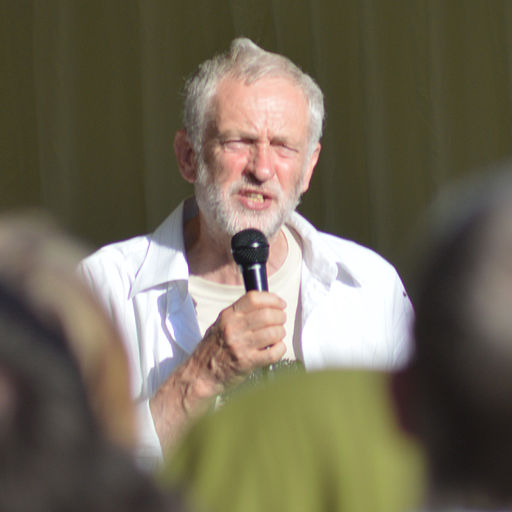 A second mandate in twelve months would not be the end of it, but it would make it immensely harder for the Parliamentary Labour Party to continue to oppose him as leader. Not that it would stop them, with some sources already indicating they’re willing to keep challenging him until he leaves.

The return of CLP meetings would see a furious membership, on both sides, release two and a bit months of pent up rage. They may put forward motions of no confidence in the MPs who opposed the Labour leader (this is partly why they were suspended in the first place) and some motions against Corbyn. These are non-binding, just like the Parliamentary Labour Party’s vote last month was. If Conference passes rules regarding deselection of MPs, then that could soon begin

Could that see the split that the PLP have warned about happen? The majority of Labour MPs could form their own party, creating a vicious legal battle over the ownership of the Labour name itself. There’s an echo of the SDP split in the early eighties which worries the MPs, knowing that the divided vote would be blamed upon those who walk away. The PLP get the candidate they wanted, for the first time since Gordon Brown was elected unopposed in 2007. Should Angela Eagle win, she’ll be given time but probably be replaced within a year like Corbyn – the must more ‘electable’ Owen Smith is the favoured candidate, demonstrated by the in-fighting between the two unity candidate camps. Then there’s the problem of the membership.

The CLP meetings return and the membership will be furious in a different way. Labour members aren’t happy that they’ve all effectively been suspended from meeting, and with Corbyn’s support among the grassroots there’d still be a wave of no confidence motions and de-selection calls. The party would have to decide whether to expel the pro-Corbyn members and blacklist Momentum, potentially losing over 200,000 members in the process (that’s approximately how many have joined since last year)

Split? Maybe. Corbyn may have a minority of MPs but the power among the grassroots means that a favourable NEC election and future CLP elections could see his supporters in the key organisational roles within the party’s structure. The PLP would be relatively isolated as a result. Either way the membership are going to express their utter dismay at the actions of the Parliamentary Labour Party of recent weeks. Even if Corbyn loses, his supporters may still be elected to a majority on the NEC and there are still sufficient numbers of them in branches and CLP’s to be elected to executive positions within them. The best case scenario requires dead-set parties entirely reversing their positions, be it the Parliamentary Labour Party recognising the mandate of the membership or the membership settling down should the PLP approved candidate win out. Either way, this doesn’t end on September 24th.