Stuff is now an official mouthpiece of the National Party

Last night when perusing twitter I came across a Stuff article which had this headline:

This bought up a flood of memories. I recall clearly the day David Cunliffe said this and was pilloried because of it.

Good people I know have said how David’s infamous comment was off script, and while it was heart felt was not something they would have recommended that he said.

Because it gave the right a perfect opening. 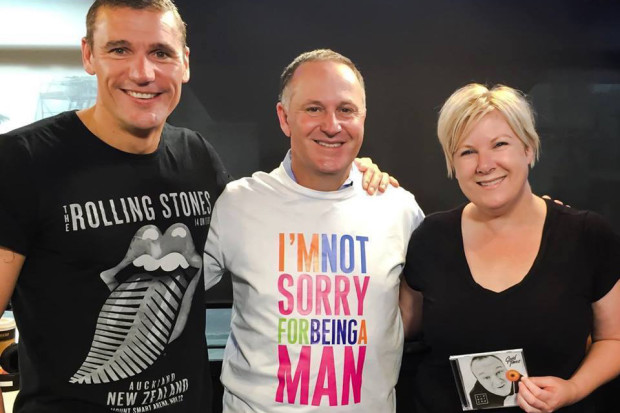 But in these days of #MeToo can it really be said that David was wrong? Or like my mate Bob Harvey says was he wrong because he was right too soon?

So I read further. The first thing that I noticed was that it was National MP Mark Mitchell who had made the comparison. Labour MPs must dream of the day when their reckons are converted into Stuff headlines.

Mitchell said that Little apologised for being a Kiwi. But if you read the speech the only apology Little mentions are those that had been made officially for Treaty breaches.

The speech is typical Andrew Little. No frills, no spin, honest, to the point. The sort of speech all politicians should give. Always.

Wellbeing also means that every New Zealander has a safe, warm, dry home. This includes people who are renting.  This may seem basic, but it is something that some New Zealanders are not currently enjoying, including our most vulnerable.  Too many of our houses are cold and damp, leading to preventable diseases.  This is why we introduced the Healthy Homes Guarantee, requiring landlords to properly insulate, heat and ventilate rental properties.

It is hard to identify the part that caused Mitchell such angst.

But this is from the Stuff article:

“Now you have got Little apologising for being a Kiwi,” Mitchell said. He said the minister had “talked-down” the nation.

Stating the justice system was broken and still suffering the effects of colonisation, was “ridiculous”.

Little “bagging” New Zealand on a global stage was as bad as it gets and a “huge slap in the face” for front line officers and those working in the justice system, he said.

He said New Zealand had a great track record on human rights, democratic freedom and freedom of the press and was regularly ranked one of the least corrupt countries in the world.

So what did Little say about the Justice System? Again from the article:

During his speech, Little explained the Government’s wellbeing approach and achievements such as paid parental leave, the Child Poverty Reduction Act, healthy homes and the child, youth and wellbeing strategy but acknowledged New Zealand must still improve when it came to its broken justice system.

New Zealand had one of the highest incarceration rates per capita in the world and it has risen in recent years, he said.

He said the damaging effects of colonisation were still being felt today with Māori facing “considerable disadvantages and having a disproportionate number of Māori in state care and prison.

There was no escaping the fact New Zealand had very high levels of family violence and the system was failing NZ women, girls and families, he said.

He told the council some New Zealanders faced more barriers than others and the Government was taking substantial steps to address equality and discrimination.

Māori and Pacifica people, the LGBTI community, new migrants and those living with disabilities faced the biggest challenges.

And Little is right.  New Zealand does have an appalling incarceration rate, our levels of domestic violence are far too high, and the effects of colonisation are all too easy to see.  Maori make up far too large a proportion of those in jail. The effects of discrimination are clearly evident.

That is unless you have shut your eyes.

The comparison was ridiculous. But it was neatly and uncritically packaged into a really negative headline by Stuff’s powers that be.

It would have been closer to the truth if the headline had said “National MP Mark Mitchell says something really stupid”.

The right claim that the media is a front for left wingers. This headline provides perfect evidence against such a proposition.