What is the best way for a political party to handle a sex scandal?

Judith Collins appears to be living by her motto, giving back double, and has made public allegations that a Labour Minister has engaged in inappropriate behaviour.  But is this the best way to handle a sex scandal?

There is no doubt that Julian Assange should be extradited when his UK jail sentence ends. Justice demands it.

The Waikato Chiefs rugby franchise have admitted two incidents of abuse at a drunken post season celebration. Their response to claims of sexual abuse? Blame the victim.

EDIT: The CEO accepts he got it wrong and has made a modern ‘if offence was taken’ style apology on Radio Sport. No direct apology to the woman concerned, however.

New Zealanders who may have committed horrendous crimes, such as murder and sex offences – I’ve still been standing up for them and getting them a better deal. 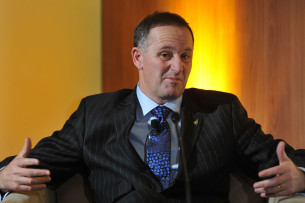 When survivors speak out

Previously posted at Boots Theory. Content note: discussion of sexual violence and the experience of survivors. Yesterday I did a round-up of the women’s voices on Twitter talking about recent events in Parliament, where women MPs from the Opposition, many of them survivors of sexual violence, were thrown out of the House for taking exception […]

This past week has seen both mainstream media and political blogs of all persuasions, opine with fact-free ranting on the reversal of the burden of proof in sexual offence cases.

A bit of a plea . Sexual Violence is a sensitive issue. The least that ought be done, by those releasing policy around it; the media reporting it; the bloggers opining on it; and us, the individual’s commenting on it; the least we can do is try and make sure we have our facts in order first. Please?

Tania Billingsley has waived her right to name suppression in the case against the Malaysian diplomat accused of attempted rape – and a Minister of Foreign Affairs who wants the finger pointed at anyone but him.

She’s spoken to 3rd Degree about it, and I think she’s a big damn hero.