Taumarunui no longer on Main-trunk line, had Key had his way

A day into the renewed public ownership of our railway system and it has emerged that not only did John Key help sell it in the first time and make a profit off the asset-stripping that followed. Further, his party’s policy of keeping the rail in private hands would have seen nearly all the network shut down by Toll even while the taxpayer continued to subsidise the company.

Toll was planning to shut down 8 lines, part of the Main-trunk line (including the part that goes through Taumarunui!), and the Overlander, leaving only two intercity passenger lines. 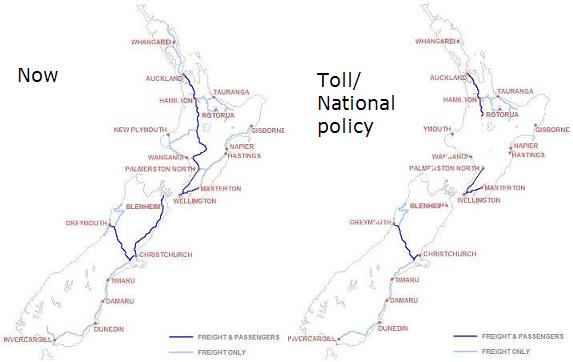 In the age of peak oil, the last thing we need to be doing is closing down a means of transport that is 4 times more fuel efficient than taking freight by road.

John Key sold our railways once and he would do it again.

78 comments on “Taumarunui no longer on Main-trunk line, had Key had his way ”