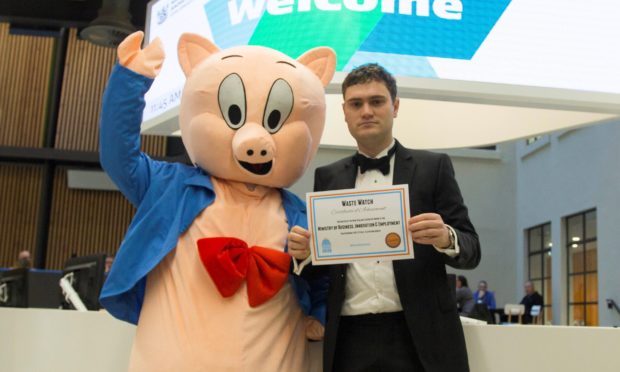 The entity that is full of rabid right wingers but calls itself a union and who believes that strongly in personal responsibility that it took the Government’s Covid wage subsidy claims that it is opposed to Government waste.  In fact one of its three professed reasons for being is less Government waste.

Which is why its latest stunt is something of a mystery because I cannot think of a more wasteful use of taxpayer’s money.

It has complained to the Broadcasting Standards Authority about Labour’s first election advertisement.

In its own words:

The New Zealand Taxpayers’ Union has laid a complaint with the Broadcasting Standards Authority regarding the Labour Party’s first television advertisement for the 2020 election campaign.

Spreading the myth that there is such a thing as a free lunch – or a free apprenticeship – is wrong. That’s why we’re holding the politicians to account.

Labour is committed to making New Zealand the best place in the world to be a child. A large part of this is making sure every child can get a great education. That’s why we’re committed to lifting the achievement levels of all students, providing opportunities for them to thrive and succeed.

Boosting the apprenticeship and trades training to help people upskill and retrain, often for free in the next two years, and partnering with industry to fill skills gaps.

And here is the broadcast that has so upset Jordan and Co:

The policy is clear.  Free education for many to upskill.  Of course there will be a cost to the state and the taxpayers generally but that is what happens with redistributive policies.

The TU’s complaint is naff.  They have stretched the language way beyond breaking point to try and make a cheap political point. The apprenticeships are to be free for those of us that qualify, and of course there will be a cost to pay.

What should the Broadcasting Standards Authority do?

As a taxpayer I hope it takes this course.  And I agree with the Taxpayer’s Union that we should hold those that deliberately waste taxpayer’s money to account.