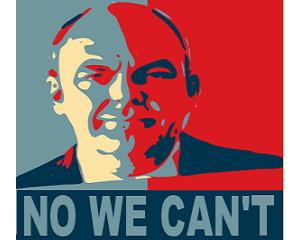 Remember Steven Joyce, the serial economics paper failer who claimed there was a $11.7 billion dollar hole in Labour’s alternative budget, even though history shows there was an actual $7.5 billion surplus?

Another example of his negotiation prowess has recently received media attention and the only conclusion that can be drawn is that his ability to analyse crown accounts is matched by his ability to negotiate.

Taxpayers have so far paid more than $140 million worth of subsidies to help produce the upcoming sequels to the Avatar movie.

According to figures from the New Zealand Film Commission, the cash rebates for the upcoming movies will be the second largest in the agency’s history.

But, given the last of the four Avatar sequels is not due to be released until 2028, it’s likely the government cash it will receive in total will overtake the Lord of the Rings prequels at some point soon.

The deal was signed in 2013 by the Key Government and amazingly did not have a cap on the amount that could be spent.  The sky is the limit in terms of what the Government may have to fork out.

And some of the benefits negotiated suggested that Joyce’s understanding of where the future was leading us was also deficient.

One of the major concessions struck by Steven Joyce in that deal was the inclusion of NZ tourism promos on Avatar DVDs. It's fair to say the value of this was tracking poorly in 2014 and has faired considerably worse since. pic.twitter.com/uFDG273SMk

David Parker tried to wind the subsidy scheme back in 2018 but was not able to do so.  From an earlier Matt Nippert Herald article from 2018:

The government has abandoned plans to rein in ballooning subsides for Hollywood, citing film industry opposition and the threat of lawsuits from the producers of James Cameron’s Avatar films.

The Weekend Herald reported in June these payments – that sees studios get cash payments of up to 25 per cent of their local spending on productions – had totalled $575 million since 2010, prompting Economic Development Minister David Parker to announce he was looking at ways to cap or limit the escalating costs to taxpayers.

But yesterday Parker, speaking from Australia, said following consultations with industry around the viability of their business – and thousands of accompanying jobs – without subsidies, and legal advice over a 2013 deal signed with Avatar producers, said cuts or changes to the subsidy scheme were now off the table.

“We’re not proposing to introduce a cap. We accept that the subsides are necessary, and we accept there’s a benefit to the country,” he said.

And the problem is with the form of the contract itself:

Parker said any changes to the subsidy scheme would expose the government to legal risks.

“The advice we had is that the last government had agreed to an uncapped liability for future subsidies for the Avatar film series. If we were to cancel that and to pull out of that deal there would have been litigation issues,” he said.

Act who was in a confidence and supply agreement with National at the time has cynically tried to blame Labour for this.  From the Jason Walls article:

“Every dollar that’s spent on a subsidy for [the] Hollywood elite is a dollar that’s not spent somewhere else in our economy,” deputy leader Brooke Van Velden said.

She said production companies receiving millions through the rebates is a slap in the face to the likes of the Breast Cancer Foundation – which wanted just $15m in funding to catch up on screenings missed due to the Covid lockdown.

“Instead – they’re giving it to Hollywood elite. I think their priorities are wrong and we need to have more respect for New Zealand taxpayers.”

Van Velden’s criticism although valid is being addressed to the wrong party.  She should aim her broadside at her potential coalition partner.

Let us add this to a very long list of examples of where National, supposedly the party of economic geniuses, stuffed things up badly.  And we are still paying for it.