The battle lines for the next election 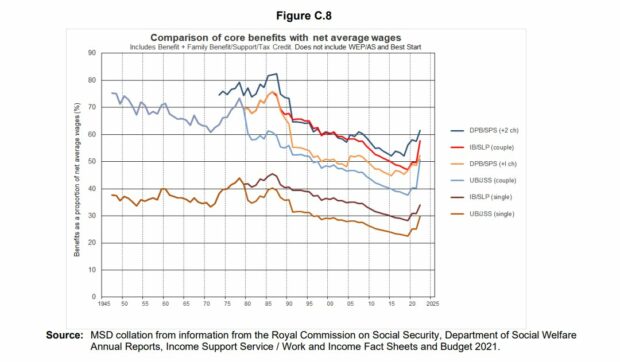 With the next election less than 18 months away and with National receiving a recent boost in its polling get ready for a really tense and fascinating election year.

National’s tactics are already clear.  Continue to pronounce loudly and aggressively that this Government is a failure and a shambles.  And concentrate on its areas of strength.  Perception is far more important than reality when it comes to politics.

It is a tried and tested technique.  I can recall National doing the same in 2007 when an increasingly tired Labour Government started to drop the ball on matters and National had a field day.  Every single press release seemed to include the word “shambles” in it.

This technique jars though.

For instance National’s response to Covid has been an eyeopener.  If ever we needed a bipartisan approach devoid of petty politics it was on this issue.  Instead we have had a mess with a significant minority of the population now thinking that scientifically sound covid responses are evidence of a takeover by the world government and that the Government’s response has been a disaster, even though the body count suggests strongly otherwise.

And National delights in highlighting supposed Labour failures in areas that you know if National was in power it would either do nothing whatsoever about or make things considerably worse.  And it has no scruples.  Truth and honesty in advertising are just nice to haves.

For instance child poverty.  This tweet from Max Rashbrooke sums the situation up well.

Labour can absolutely be criticised for not doing enough, for not really transforming the situation as they implicitly promised. But we can't have these kinds of outright mistruths circulating, and we need to stop them now, well ahead of election 2023.

From the Stats NZ report linked to by Max:

In the year ended June 2021, 13.6 percent of New Zealand children (156,700) lived in households with less than 50 percent of the median equivalised disposable household income before deducting housing costs. This was a decrease over three years from 16.5 percent (183,400) in the year ended June 2018. The intermediate target of a reduction to 10.5 percent for this measure was not met.

That is 26,700 fewer kids living in poverty compared to a reduction goal of 66,700.  The result is positive, fewer kids’ lives being blighted by the scourge of poverty.  Sure it did not meet the goal and further work is needed but the all consuming need to deal with a one in one hundred year pandemic ought to give the Government some latitude.

And the same is with benefits.  I know that there has been considerable expressions of concern that Labour has not moved things quickly enough but look at the graph above.  There has been a discernable increase in all of the core benefits the level of which has not happened in decades if ever.

It is the same with housing.  There is right now a correction of the market occurring and prices are stable or in decline.  Kiwibuilt has not lived up to the overambitions phrasing, what is it with the figure 100,000, with 1,300 houses built and a further 900 in the pipeline.  But the number of Kaingaora managed houses has increased from 63,315 as at December 2017 to 68,549 as at December 2021, a gain of 5,234 houses.

And National kept selling state houses off when it was in power and the signs are clear that if they regain power they will do so again.  The oldest figures I could find were from September 2015 when there were 67,198 state owned or managed houses.  Two years later National had decreased that figure by 3,883 houses.  This was during a surge in the country’s population where more, not less, state houses should have been built.

Can and should Labour do more?  Of course.  But National saying that a smaller than hoped for increase is a bad thing is ridiculous when you see that its intent is to reduce.

This is why National’s attacks are so frustrating.  Criticising the Government for not improving things as quickly as it had hoped for while at the same time planning to make things worse requires the level of mental dexterity few can manage.

My anticipation is that the two areas where the next election will be fought are in tax and in leadership.

In tax my view is that National has made a massive Paul Goldsmith quality mistake.  Using rhetoric to appeal to greed is one thing.  Calibrating your tax cuts so that only the really wealthy get significant cuts while at the same time preparing to remove measures that will make housing affordability even worse is nuts.  Even John Key steered away from the level of tax cuts for the rich that National is currently proposing.

As for leadership day in day out Jacinda Ardern continues to outclass Chris Luxton.  And Luxon continues to make really basic blunders the sort of which would sink the leadership aspirations of any other party.  National’s only hope is to play the misogyny card.  As said by Gordon Campbell in this must read post:

The double standard involved here is breath-taking. If a female politician said something as laughable as Luxon’s proposal on transport subsidies and defended it on the basis that she hadn’t thought about it too deeply, she would never survive the fallout. She would be roundly damned as a scatterbrain and a show pony, and deemed plainly unfit for higher office.

Yet because Luxon is a man in a suit, and because [he] is the leader of a National Party that has always been suspicious of conspicuous intelligence, he is being enabled to continue on his bumbling way. Jacinda Ardern on the other hand, is held to a different standard. Obviously, there is and should be a range of opinions on whether her government is doing the right thing. Even people who routinely vote Labour criticise it on the details and pace of change it is currently overseeing.

However, much of the most vehement criticism levelled at Ardern has little to do with policy detail and a lot to do with her gender. Her competence – which includes a command of detail across the whole range of government activity, and an ability to communicate the details succinctly – is commonly held against her.

His conclusion is also spot on and comments on the increasing Americanisation of local political campaigns:

Like most of the rhetoric that characterises the anti-vaxx movement, the gun lobby and other parts of our public discourse, these extremes of politicised misogyny have been imported here from the United States – a country where religious beliefs permeate the perceptions of what are seen to be the appropriate gender roles.

I’m not implying that this alarming trend – and the double standard it entails -is the fault of Christopher Luxon. But he is definitely a beneficiary of it. Because if politics was a level playing field, Luxon wouldn’t be standing a chance against Ardern. On every conceivable measure of ability, he simply isn’t in her league.

Get ready, this is going to be interesting.  Unlike some on the left I believe that this Government has performed well, extraordinarily well when you think how the rest of the world has fared dealing with Covid.

And if you do not like what Labour has done then support the Greens.

79 comments on “The battle lines for the next election ”