The new government comprises the same parties as the previous one: National, ACT, United Future, and the Maori Party. But this time they wield 64 votes, not 69. That’s due to less wasted vote and the governing parties’ combined vote falling from 51.84% to 50.41%. Even the narrower Nat+ACT bloc fell. National’s ‘big win’ was actually just one more seat. 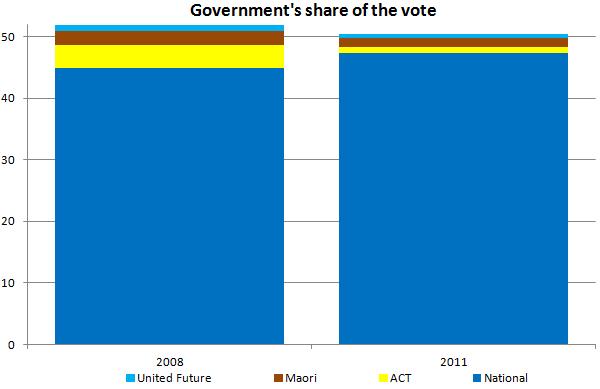 And the most powerful man in the country now? Peter Dunne.

So, that reduces the government’s numbers on asset sales and other big policies to 61 – a bare majority.

Dunne is now the most powerful politician in the country. He alone can stop asset sales and National’s radical agenda – like attacks on work rights . Will he?