The Chief Prison Inspector’s report on Serco and MECF 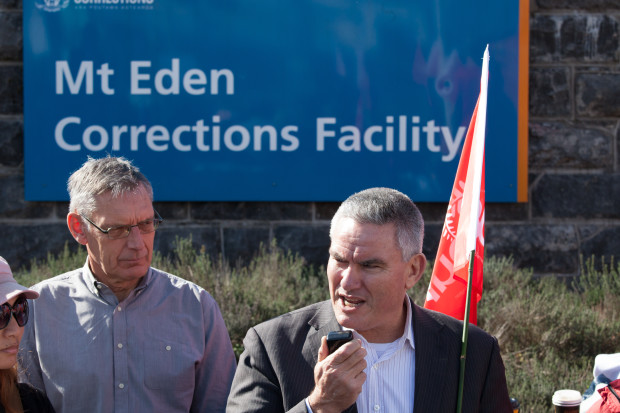 The neoliberal approach to the privatisation of services that should be performed by the state is well known.  First of all get the Government to starve the state institution of resources so that it performs its role poorly.  Then make a flashy offer which loses money initially but gives room to renegotiate extras.  Then attack costs, usually by suppressing wages and work conditions and staffing numbers.  And whatever happens contest any criticism and negotiate hard.  Once you are in there it will be hard to shift you out.  And just remember the Government that signs these contracts has a political interest in making them work, or at least seem to work.

The privatisation of prison services at the Mount Eden Corrections Facility was lauded by the Government when it was announced.  Judith Collins said this:

The appointment of Serco as the contract manager for Mt Eden/ACRP will bring in new ideas and international best practice which will benefit the entire corrections sector.

Serco has a strong track record in managing prisons. I’m confident that the company will bring the high standards of professionalism, safety, rehabilitation and security expected by the Government to Mt Eden/ACRP.

Collins needs to reconsider her confidence.

In July 2015 when the news of fight clubs, drugs and gang control and even the death of Nick Evans broke National shut its eyes and then claimed that it could not see anything wrong.

Under fire Corrections Minister Sam Lotu-Iiga insisted on Wednesday the claims were unproven but admitted he had heard “rumours and allegations” about the death.

He was unable to say when he first heard those rumours but confirmed no action had been taken to refer the matter to police.

“[There was] Kelvin Davis’s allegation about this during the week but I’ve heard all sorts of rumours about this death and I’ve said to my officials ‘get to the bottom of it, let’s have an inquiry, an investigation’.”

Lotu-Iiga said any decision on a police investigation may be dependent on the outcome of a coroner’s inquiry and investigation by the chief prisons inspector.

Serco and the minister have both denied any knowledge of a practice called “dropping” – and say the first they heard about it was this week.

But it has now emerged that Lotu-Iiga was grilled about the practice by Davis at a parliamentary select committee hearing weeks ago.

A transcript of proceedings show Lotu-Iiga was told by Davis: “There’s this guy that passed away recently…apparently he had a ruptured lung. I’ve asked ‘how do you get a ruptured lung? It’s often from a high impact collision and there’s accusations that prisoners have been thrown off balconies and then they’re getting transferred out of Mt Eden correctional facility.”

Asked on Wednesday about that transcript, Lotu-Iiga appeared to have no recollection of the exchange.

An inquiry has been held by the Chief Prison Inspector and despite Serco’s attempt to suppress the contents the report has now been made public.

The report shows how inept the Government’s management of the contract and oversight of the facility has been.  From Radio New Zealand:

Private prison operator Serco was scoring “exceptional” performance marks when it had too few guards to detect or stop organised fight clubs at Mt Eden remand jail, a report says.

The inquiry into fight clubs at Mt Eden released yesterday showed Serco used a system that rostered on guards who were on leave, or who no longer worked there at all, leaving the prison understaffed.

Chief prison inspector Andy Fitzharris said in the inquiry report the only way of detecting and preventing organised fighting was having enough properly trained staff on deck.

Guards who were supposed to be supervising prisoners in units while prisoners’ cells were unlocked were doing so only 40 percent of the time, the report said.

“[Serco’s staffing model] was fundamentally flawed as there is documentary evidence that the staffing roster used included some staff who were on annual leave, medical leave, or had resigned,” the report said.

It said Serco’s contract with the government did not set staffing arrangements, making Serco responsible for determining how many staff were sufficient to meet its obligations.

In the report, Serco dismissed the lack of staff as a cause of the fight clubs – blaming violent gang culture instead.

The fight clubs, often in cells but sometimes in full view of CCTV, happened weekly, and possibly daily, in at least half of the prison’s 10 units that house 1000 men.

Inmates were coerced into fighting by gang members, the report said.

The Government’s response to the incidents has been inept.  Rather than cancel the contract the Government decided not to renew it when it comes up for renewal this year.  This is as weak a response as you can imagine apart from doing nothing whatsoever.

And Serco continues to run the Wiri prison in South Auckland having a 25 year contract to do so.  Again the Government claims exceptional performance at the prison but after the ACRP experience you have to wonder how reliable this ranking is especially after recent news that inmates drunk on home brew attacked staff and caused a wing to be shut down.

Congratulations again to Kelvin Davis for his work in the area.  The sooner our prisons are again fully under state control the better.