The end of partisan politics? 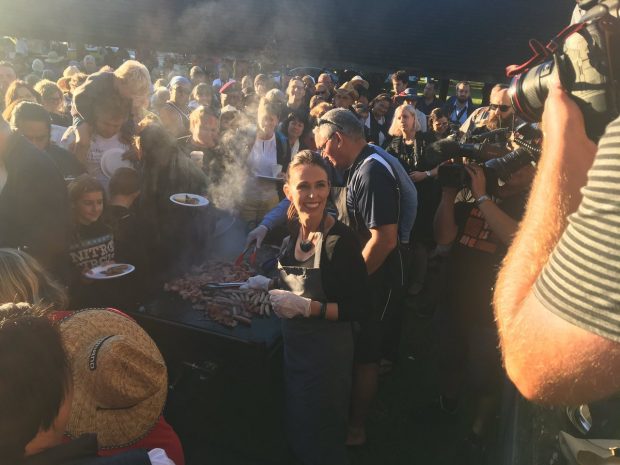 Something strange is happening in Aotearoa New Zealand.

It hit me on Monday as I was listening to nine to noon’s political slot with Kathryn Ryan, Stephen Mills, and occasional Standard reader Matthew Hooton.

Mills and Hooton in the past have come to near blows and Hooton extolled a pure right approach to economics and Mills countered with centrist social democrat analysis.

This week something strange happened.  There was near unanimous agreement on the current situation and on our way out.  And a respectful discourse about the Government’s handling of the crisis and what the exit strategy should be.

I found myself doing a Mike Williams and agreeing with pretty well everything Hooton said.

Especially when he said that the reforms of the 1980s and 1990s caused long term adverse health education damage, were done too roughly and the results were more damaging than they needed to be.

I also agreed with him when he said that Ardern was making decisions on the edge, that we need the lockdown to succeed and that if it succeeds Ardern will be a national hero.

And he rightfully predicted that the border will be in a lock down for at least a year but the economy can survive.

He even talked about how if the government bailed out a company it should take an equity position in it.  We are all socialists now.

Others saw it differently. In this rather strange post Chris Trotter thought it was an effortless outflanking of the left by Hooten. I thought it was an abject surrender of the intellectual high ground by the right.

Trotter’s claim in his post, that the Government should have accepted Bauer’s $1 offer, is frankly weird. He is clearly trapped in a time warp where printed magazines are still viable. And call me old fashioned but in a crisis where a pandemic is ripping the economy into shreds I prefer that the Government concentrates on protecting the health system and basic workers rights rather than engage in resuscitating the Listener.

Hooton is not the only right winger to show decidedly left wing bias in the analysis of our world’s current predicament.

How about this from Editorial Board of the Financial Times?

Radical reforms — reversing the prevailing policy direction of the last four decades — will need to be put on the table. Governments will have to accept a more active role in the economy. They must see public services as investments rather than liabilities, and look for ways to make labour markets less insecure. Redistribution will again be on the agenda; the privileges of the elderly and wealthy in question. Policies until recently considered eccentric, such as basic income and wealth taxes, will have to be in the mix.

Or this from the ABC:

Seeking out gaps in the market and exploiting price anomalies are the everyday activities of anyone involved in any kind of trade, from shopkeepers and grocery wholesalers to money market high-flyers who trade synthetic derivatives of complex financial instruments.

As a free-market economy, successive governments of all persuasions for the past half-century have embraced the idea that government should not run commercial enterprise. They’ve preached privatisation, asset recycling and the fundamental belief that free trade and minimal government intervention will maximise wealth and lift society as a whole.

We’ve celebrated Australians who’ve taken on the world and won, who’ve played hard ball with the best of them and come out on top.

But it is a philosophy now being questioned, and not just here. For while the theory of free trade, and the mathematical formulae that underpin it, still hold true, many economists over the years jettisoned an equally important concept on the other side of the ledger.

They forgot about distribution. They stopped thinking about how the spoils are divided. They looked on without a care as the wealthy became insanely rich while working class living standards across the developed world declined.

In the space of a few months, as a health pandemic has gripped the world, all our preconceived notions of economic management are being questioned.

Community suddenly has replaced competition as our primary motivating force.

We seem to have reached a position where a consensus is emerging that free market economics will no longer work.  The evidence is far too clear.  The failure of the United States confronts us each day.

And at the same time politics as usual, the partisan advancement of slogans, is on hold, at least in New Zealand.  Following technical advice and making brave decisions appears to be a winning formula. Hopefully this decision making process will continue as we address climate change.

So now, while there is this emerging political consensus, is the time to push forward with progressive reforms of the economy.  Sadly making sure the Listener is still published may not be one of them.

71 comments on “The end of partisan politics? ”