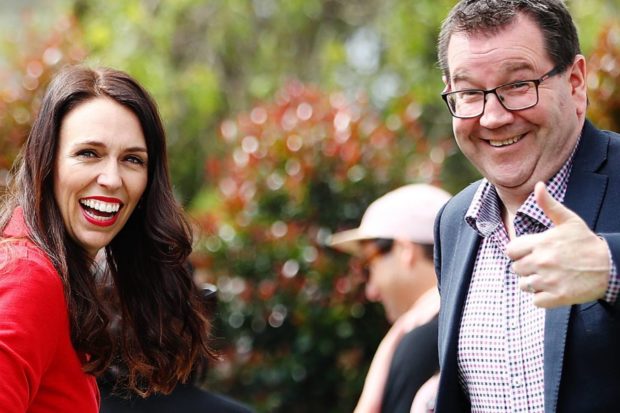 The details of the Government’s $12 billion infrastructure announcement have been released.

There are more roading projects than I like.  We should be building light rail and walkways and cycleways and pouring as much as we can into these areas.  But there is a significant spend on rail and on cycle projects, in particular the Auckland Harbour Bridge Skypath.  There is budget to allow some schools to get rid of coal fired boilers.  But projects such as Penlink which is a really underwhelming motorway project are also funded.

Bernard Orsman at the Herald has the details:

A number of big roading projects are part of the Government’s $12 billion infrastructure package unveiled today.

After a two-year hiatus, the Government has given the green light to several four-lane highways, including SH1 from Whangarei to Port Marsden, Mill Rd in South Auckland, widening SH1 from Papakura to Drury, the Tauranga Northern Link and SH1 from Otaki to north of Levin.

The package also includes $1.1b for rail, including electrification from Papakura to Pukekohe, a third rail line in South Auckland, two new rail stations in Drury Central and Drury West and upgrades in Wellington and the Wairarapa.

Work on the SkyPath for Auckland’s Harbour Bridge is also confirmed – a walking and cycling link between Westhaven and the North Shore. The project will cost $360m and is due to start next year.

The announcement will serve a number of political imperatives and leaves National with little ability to respond, apart from criticise and appear churlish.  Time will tell if the projects will sufficiently address sustainability concerns.