The International Legion of Territorial Defence 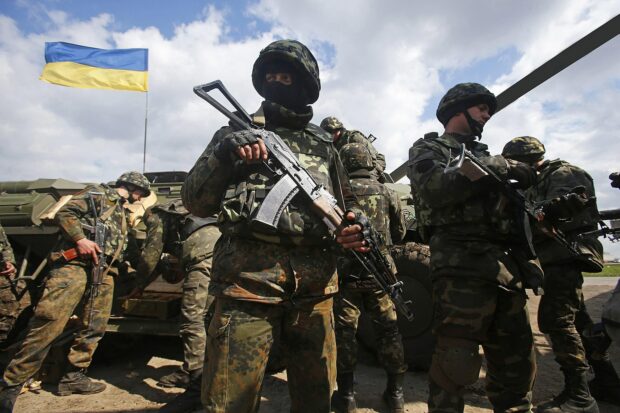 An organisation has been set up with the blessing of the Ukraine government to bring in volunteer fighters from across the world to fight in Ukraine against Russia.

Apparently it has 16,000 volunteers from across the globe.

About 90 years ago, large contingents of international leftists and anarchists fought alongside republicans against Fascists in the Spanish Civil War from 1936 to 1939. The fascist side of the Spanish government got a lot of help from the German NAZI military, and the left and the Republicans lost.

Of the 20 or so New Zealanders who went to Spain to fight, four died. There were also 66 Australian men and women who joined the fight there. The strength of the left in New Zealand was strong and communist activity within parts of the left was then at its strongest. Sympathy for those fighting in Spain had fair cause here.

There will be a similar temptation, as in days of old, to join with the volunteers and fight to defend Ukraine. It ought to be as simple, surely?

It pays to check what you are fighting for.

Zelinsky is a leader who rose to power as a confection of the controversial media billionaire Ihor Kolomoisky. Kolomoisky was the owner of the country’s largest bank until he was accused of siphoning off US$5.5 billion out of it. He has been banned from entering the United States.

Zelinsky certainly campaigned against corruption, but the Pandora Papers showed that he was neck deep in a network of companies co-owned with friends and TV business partners. The include Serhiy Shefir who produced this shows that got him to stardom, and his brother Borys who wrote the scripts. Then there were the owners of Zelinskyy’s production studio Kvartal 95.

However much infighting there was on the Spanish Republican side between leftists, Communists, anarchists and others, you could be confident that the Nazis were on the other side. President Zelinsky’s call-out to foreigners is clearly attractive to many, but according to a 2019 report from the intelligence and security consultancy the Soufan Group, you can start in the fight with level-headed certainty and soon be vulnerable to right wing radicalisation while there.

The perpetrator of the Christchurch Massacre claimed in his manifesto to have visited Ukraine and done exactly that (not linking to the manifesto sorry).

In early March 2014 Neo-NAZIs were actively assisted by the CIA to roll the elected Ukraine government, and they were then assisted into the highest levels of government in Ukraine.

On the political level the neo-nazi Ukraine Social National Party quickly evolved into Svoboda. For several elections they did well in the east of the country.

Upon reflection, the former Director of the CIA thought it was not a good idea to pump weapons into Ukraine.

In March 2018 Ukrainian neo-NAZIs were recruiting actual nazi sympathisers in Britain to join in the eastern Ukraine battles.

In January 2019 there were major demonstrations by neo-nazis in multiple cities in the Ukraine.

And it continued to build.

In May 2019 President Zelinsky dissolved Parliament. From the fresh election his own Servant of the People Party has 61% of members who have never before held office. But Zelinsky’s parliamentary results have set Svoboda back strongly, even in the east where they were strong.

Still, in Kyiv in April 2021 there were large marches celebrating the Galicia Division who supported the German Nazi Party in World War 2.

Just a few days ago the Russian and Ukraine governments were having to trade charges about who was more Nazi.

It may well be that President Zelinsky is indeed as noble as he states. It is simply true that the Ukraine is the victim of a hostile and unprovoked attack from Russia. Zelinsky is a motivational and convincing speaker to even the most politically hardened of audiences.

But this isn’t the simple divide of left and right that the left fought for in Spain 1936, so don’t run off and join the International League of Territorial Defence as if it were a morally simple cause.

107 comments on “The International Legion of Territorial Defence ”